So just in case you've been hiding your heads under the sand or just aren't very savvy on global info, today is the 4th July which for all our American friends means much jollity and merriment. For us Brits, it's abit sad as we lost rather a large chunk of Empire however at the end of the day it was rather along time ago and more practical for the US to look after itself. We still have a special relationship and it's a beautiful country to visit and American people are really friendly and kind.............well all the ones I've met anyway. My fave American is Shimelle of course......happy 4th Shim. So let's get the party started with some g8 pics of events which are going to happen today or happened on this day in history.
So the Declaration of Independence was signed and is now in the State Capitol Building in Washington. I went their several years ago and saw it it is amazing so see something so old and important to people laid out for all so see. 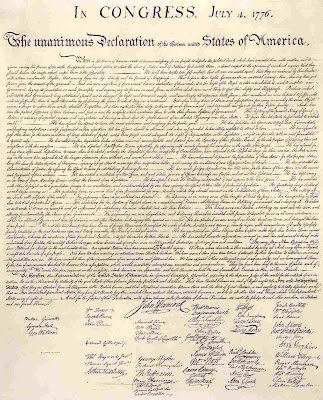 Tonight in New York, Macy's have a July 4th firework display which is so amazing you can see it for miles, here is a picture.

Anyway, today our 4th July celebration was the dedication of this young lady Tula McQuire. 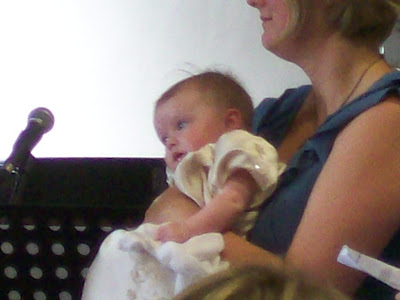 She is one of the youngest members of our church and therefore very important. In many modern churches, christening and baby baptisms are no longer practised. This is so in our church. Instead baby's parents bring their child to be dedicated to God until they are old enough to make the decision to be baptised in water for themselves, either as adults or teenagers. I was christened traditionally but when I came back to the church after many years away, I was baptised through full emersion in water and it has changed my life again. Anyway back to today. The service was lovely and unlike previous dedications I have been to their was a proper planned ceremony and the only thing which is different is there are no godparents and no font or water. It was a lovely day with a shared lunch and cake to follow, truly something to celebrate.
In other news, I have been playing around with some pictures after Dina Wakely suggested a cool site which Warhol's ur pictures. It's called Big Huge Labs and this is the link 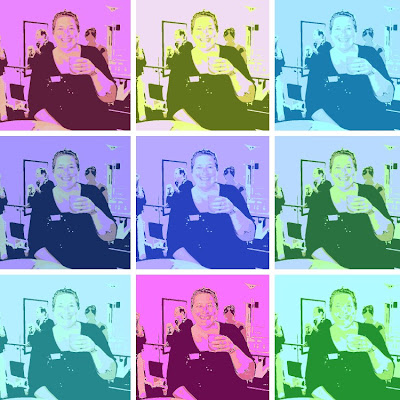 Tomorrow, as well as Shimelle's new class (see you there), I will be going to class myself again, this time Child Protection. This is something I have had to deal with in alot of different ways and is a review of my current knowledge. I will have other training in specific things later such Domestic abuse and Child protection and also Drug use and mental health in CP. So I will be brain full again. If you want something g8 to look at go over to Sian's for her 4th July post, it's cute.
See you in class tomorrow..................