Glitter Girl challenge: 2 for the price of 1 x

A couple of weeks ago Glitter Girl's challenge was to put together one small kit of supplies and to make 2 layouts from it. There was also the challenge to use one set of old photographs and one set of new. I have waited a while to do this one as I wasn't sure which new photo to use, but then Chelsea ran the London Marathon and the photo inspired me to scrapbook again.

So here is Glitter Girls's video:

So I pulled together a kit which I actually tried to base on the colours of the photographs, perhaps a slight cheat but amazingly it worked really well and I didn't use anything not in my small kit. Go me! I chose two patterned papers which I thought would be great as backgrounds, some washi tapes, letter stickers and embellishments. I also used Amy Tangerines letter stamps and also her embroidery stencils which I am loving.


And here are my two layouts: 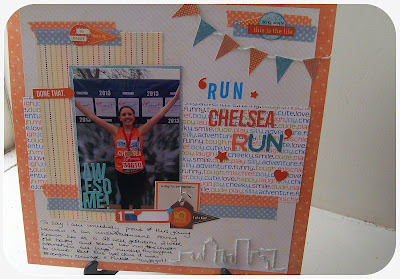 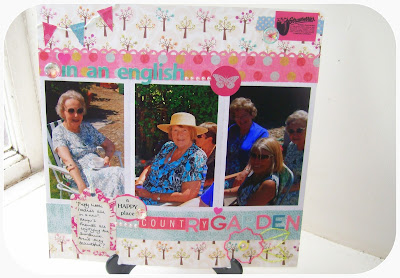 
The first is the layout using the new photograph of Chelsea after running the London Marathon. She ran it in about 5 hours and she says she'll probably never do it again. I'm of the opinion that perhaps she might but watch this space. So I had chosen the vintage orange polka dot patterned paper as the background mainly because orange is the strongest shade in the photograph. The contrast the strong orange I chose a graphic vintage cream paper with a slight hint of orange as a large matted piece and mounted the photo onto a pale blue polka dot print. I then added some orange and blue polka dot washi tape to ground the embellishments. 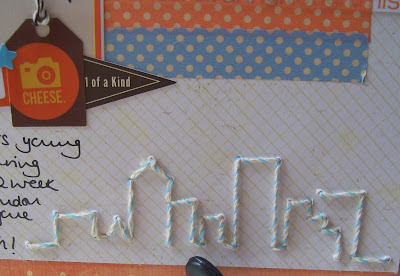 I found these stickers with banner shapes on a Jillibean soup sheet and the bunting is from another sticker range. I added in some blue and off white twine to make the celebratory bunting in the top corner along with some word stickers and I stamped using one of Amy Tangerine's stamps. I then added my title using the Amy Tangerine letter stamps in blue and some blue and orange letter stickers. Finally I had a brainwave. When I had got the Amy Tangerine embroidery stencil I remembered it had a cityscape skyline on it which when I looked again reminded me of the Isle of Dogs which is one of the places the runners enter as part of the marathon. So I used that design and the twine, as I couldn't find the right blue shade of embroidery thread. I actually love the way the twine turned out. 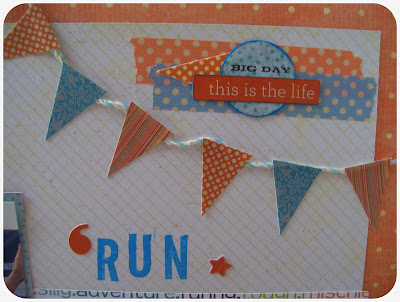 I then used some little orange accents and it was done.


The second layout is using the photos taken at my mum's 70th birthday party and the album I have been making. I am looking at the album now and I really want to start all over again but my mum won't have it so I'm working with what I got. 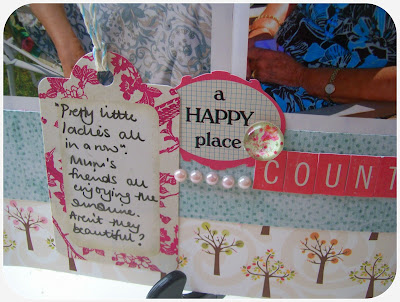 So the story of the background paper is simply that it is a garden and on the day of the party we spent the whole time in my parent's lovely garden in brilliant sunshine. I chose 3 photographs of my mum's girlfriends which matched well and stuck them across the page. I then added a border using the same blue polka dot paper I had used in my previous layout and added a strip of pink dot paper above which I punched using a Fiskers punch. 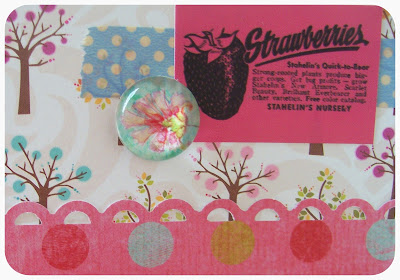 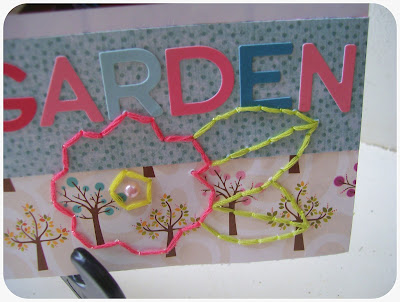 I added blue and pink letter stickers and then added the embroidered flower and some pale pink pearls to add a bit of pazzazz.

Out of the two I have to admit the Marathon layout is my favourite. It just seems to work so beautifully. And on another note, I had a lovely email from Two Peas in a Bucket to say my Red Arrows layout was one of the Glitter Girl challenge winners for April. I was so surprised and very pleased. Thank you Two Peas.