As many of my readers are aware, I am a huge supporter of ''Friend Movement'' which was begun by friend Ronnie Kroell and Elliot London to raise awareness of bullying and to encourage us to be better friends. Of course it is so much more than and this is their mission statement................

Friend Movement inspires people to prevent bullying by enabling them to be a better friend; providing entertaining and educational resources, cultivating global partnerships, and leveraging the latest social media technology.


I became involved because I was bullied as a teenager and I understand just some of the things being bullied can affect, not just at the time but into later life. It has devastating effects on young people and adults, and many individuals have taken their own lives rather than live through the experience. Ronnie and Elliot have undertaken many projects, but they are currently on the 3rd day of their latest one which finds them walking 921 miles from Chicago to New York City. They will complete their marathone walk on 10th November with a candle light vigil and by displaying purple ribbons dedicated by their supporters, of which I will be one.

This is the route they will be following and at each mile they will tie a purple ribbon, their colours, in memory of someone who was bullied. They will be visiting schools and communities on their way. The whole project is also to commemorate the life of Tyler Clementi who sadly was cyber bullied and took his own life at his college. 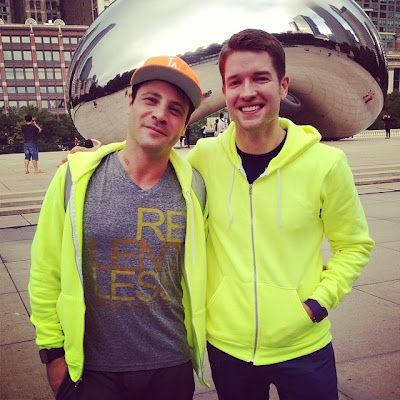 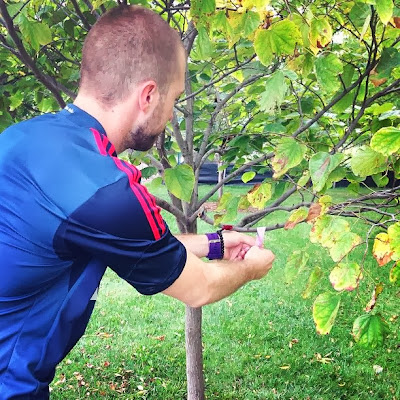 Day 1 they met heavy rain and got soaked but somehow managed to complete their walk although slightly less mileage than initially planned. Day2 is still going on as I write but so far the pictures look slightly less wet so far. They should hit Westville tonight I hope.

Please join me in wishing them the best of luck on their adventure and I will be telling some more stories of theirs from the road over the next few weeks. We have never met but as so many of us in blogland know you often make amazing friends through the Internet and I am now theirs.
Posted by JO SOWERBY at 08:00