So Shimelle's prompt today is around linking to things we perhaps enjoy or have found on the net. I have decided to tell you about some TV programmes I love.

For the last 9 Saturday nights I have been recording The Killing on BBC4. Set in Copenhagen and told over 20 episodes it revolves around the murder of a young student and the police investigation.. To say there have been more red herrings than you would find on board a fishing vessel is putting it mildly, and there are only 2 episodes to go. If you have missed it, I hope you can get it on iplayer because it is one of the best crime dramas I have seen in ages. The story is convoluted but I still dont know who done it. 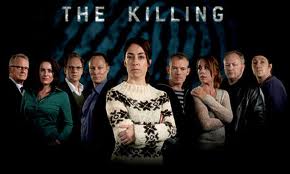 Bones, well what can I say. It follows the early professional life of forensic anthropologist Dr Temperence Brennan, a character based on the real-life author and forensic anthropologist Kathy Reichs. This crime drama series is based in Washington and has a great cast and well imagine stories which are usually completed within the hour but sometimes have longer story arcs. Fun, gritty and thought provoking. 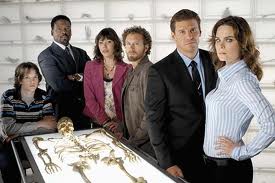 Being Human another BBC 3 series, just ended it's 3rd season and now being re-imagined as a USA drama, it tells the unusual story of a ghost, vampire and werewolf sharing a bed and breakfast together in Barry Wales. Orignally in set in Bristol, they moved to escape repercussions from a massive murder. Funny, gory and human in it's characterisations of inhuman individuals, this series is truly an original. 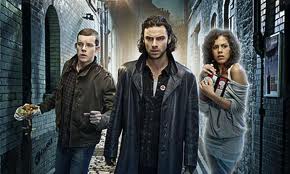 CSI:Las Vegas is the first in a franchise of crime dramas named after the city they are based in. Following the Crime Scene Investigation teams usually on 2 cases in one episode it involves the postmortem, forensic evidence collection and how that leads you to the criminal, through quite alot of complex science. Well worth a dip into. 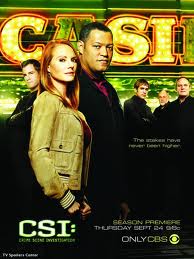 In view of the TV choices today, I feel some Echo and the Bunnymen might be in order so for ur delectation I give u the Killing Moon, get it?