Sketch of the Week with Shimelle.

Every week, Shimelle posts a sketch of the week and this is the first one I have completed. I was inspired as it is based on a panorama picture. Here is the post link.

The sketch this week is  this one and Shimelle has very generously completed a video demonstration as well of a second LO. 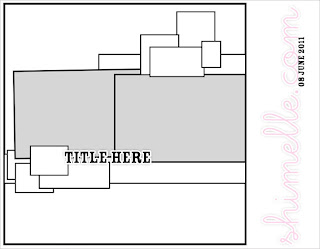 This sketch really inspired me from the first because of the panoramic photograph Shimelle used of Wellington, New Zealand. In the days before Photoshop and being able to merge photos to make a complete panorama, or buying a disposable panoramic camera, we had to stand in one spot and take several photos of a view using strategic points as guides for when the photos were developed. The photo I had, is one from my first trip to America back in 1993 when my friend Louise and I flew to New York and then travelled by train via Washington DC, Richmond, Savannah and Mouseland and then flew home after 3 weeks of fun. The photo is of the Manhattan skyline. 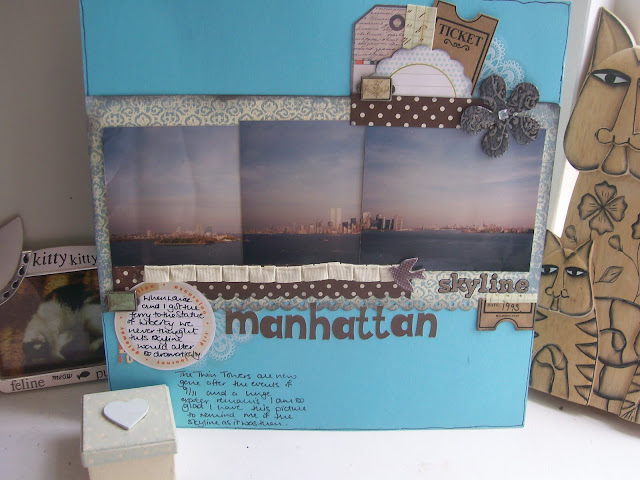 These 3 photographs were taken from the ferry across to the Statue of Liberty. You can see the Manhattan skyline as it was in 1993 and Ellis Island which is where the immigrant families to the USA were seen before arriving in New York. This was taken on our first full day in New York and we were so excited to be going to the Statue of Liberty. We literally ran from the ferry to the queue to climb up inside her so we didn't have to wait too long. I have photograph of myself and Louise standing up inside her coronet in my album which I will get around to scrapbooking. Looking back on this photo though reminds me of how that skyline has now changed because of the loss of the Twin Towers. I am so glad I have this picture of what New York once looked like, but also as a reminder of that tragic event.