Thank you all so much for the kind good wishes for my volunteer adventure on Saturday, I had a wonderful time. More on that a bit later. I know I created a separate page for Bipolar but I have decided to do a little update for you in recognition of the work Time to Change does in encouraging people to talk about mental health. So I'm going to talk to guys about what's been happening for me over the last 8 months. 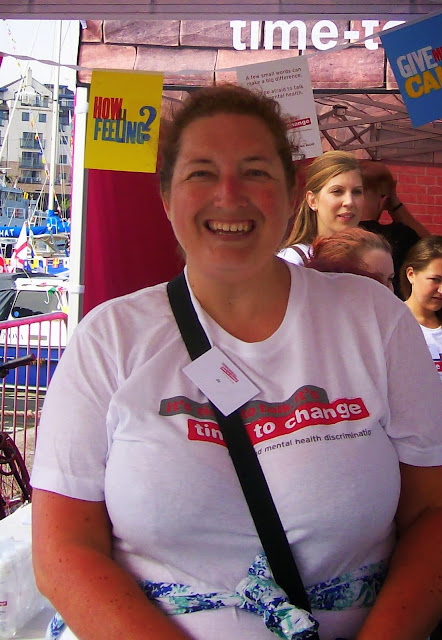 So basically I have been sick again for the past 8 months, it seems strange to say that but sadly occasionally I do get that ill. The last time was about 11 years ago before I got diagnosed and was far worse, but this time several things have happened at once. In January I began feeling depressed again and this was a really hard depression. I got to the point where I was having panic attacks again and finding it very difficult to look after myself properly. I couldn't even go out without having someone with me at times. My parents are counted as my carers now so alot of the supportive stuff fell to them. Of course my sister is equally as supportive and also my amazing friends, but ultimately mum and dad are closest. I began taking more Lithium again and this seems to have gradually worked. I have a very good psychiatrist and Community psychiatric nurse and also a good GP. Between them all I have been seeing several people alot over the past few months. Add in the odd blood test and that is alot of visits. Gradually I began to feel better for a few days at a time and now I am beginning to get good weeks.

Obviously there are some things which have been more affected than others. My self-confidence took a major nosedive and I couldn't cope with being in confined or busy spaces. Even after a few months when my friend and I went to London I nearly lost it on the underground. 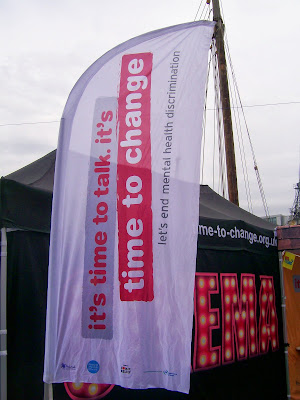 At the moment, I have been coming off the antidepressant I have been on for 12 years. Apparently it can make you more depressed with longtime usage. I came off it completely a few weeks ago but started getting some withdrawal symptoms which were unpleasant, so went back on with a lower reducing dose. Last week I started feeling like I had vertigo again and at the time I also had an ear infection so just put it down to that. I was feeling very sick and dizzy on Saturday during my volunteer adventure so didn't go in on Sunday. Instead I went to the local hospital where the doctor diagnosed Citalopram withdrawal. I felt too ill to even drive. Thankfully my upstairs neighbour kindly drove me. So today I saw my psychiatric team and I have started a new antidepressant called Sertraline which does a similar thing to Citalopram so hopefully the side effects will dissipate and I'll begin to feel better.

I also have a new CPN who is very nice, I had to swap to a different team cos I've been ill too long for the other team. I am in the process of being referred for some more intensive therapy because my psychiatrist feels I also have something called Emotionally unstable personality disorder. I don't know much about this yet but I fit all the boxes and it does explain alot about my emotional issues and how why I do find some aspects of my life more challenging. Apparently it is common to have more than one diagnosis.


This me, this is my life and to be honest even though it is tough and challenging and upsetting I wouldn't have it any other way because it means I can share my experiences and hopefully help other people who feel a bit like me.