A big awwww and a little hint.

There I was merrily checking what the postie had brought me and in with the usual bills and bits for recycling immediately, were 1 box and an interesting envelope.
The envelope came from Seattle, USA and there I am thinking ''I don't know anyone who would write to me from there!'' So I open said envelope and this was what was inside............... 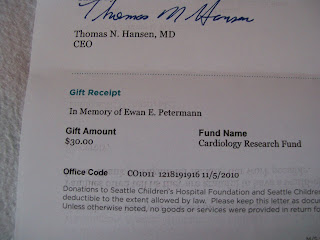 Remember me telling you all about the amazing project that Melissa had been developing called Project Team Ewan which I blogged about here? Well when the tutorials and digital work became available I bought it and made my donation to the research cardiology unit at Seattle Children's hospital. I must admit the little letter brought a tear to my eyes. It was such a lovely surprise to be thanked for such a small thing which I hope will make some difference to the future children who need cardiac interventions. That's the big awwwwwww.

In the box was some supplies I had ordered for the next big project which is JYC 2010............... I had ordered some things from The Craftz Boutique only yesterday and here they were not only swift service but beautifully packaged, I felt like I'd been Christmassed............. 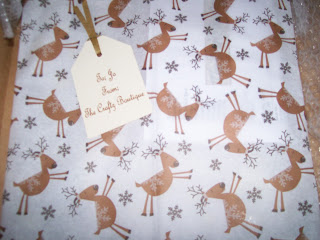 Isnt this just the cutest reindeer tissue paper ever? 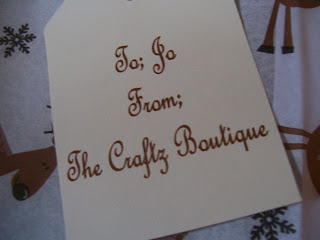 My lil tag put a big smile on my face 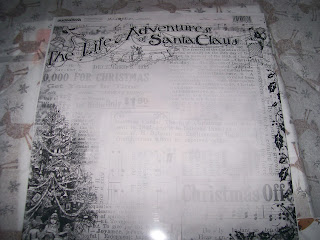 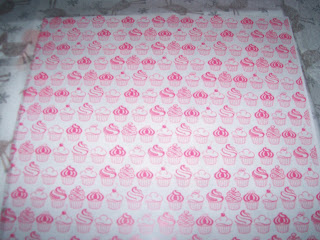 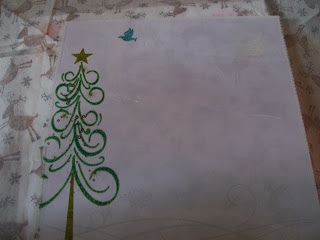 and the other bits including some tule and Jenni Bowlin bingo cards. 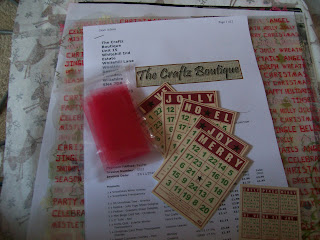 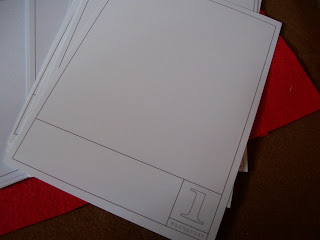 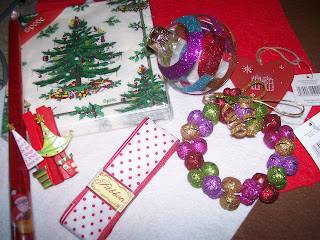 I have also bought the traditional new decorations this year. Above are a new glittery bauble and jingle bells plus a red traditional wooden heart all by Gisela Graham. I love her stuff. Also some red spotty ribbon and some cute lil christmas tree pegs. I bought the Spode serviettes as they match some Christmas china I have.The red and brown felt is for another project. 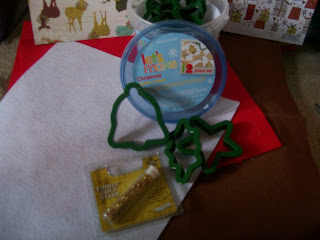 We also went to Lakeland on Monday and I managed to get some gr8 cutters for biscuits and some edible gold stars for cupcakes. More on that another time. So all in all the flat is starting to feel like Christmas is coming. Also Leonora's new Create 10 class which for Christmas is now live and at £5.00 I am having fun already.