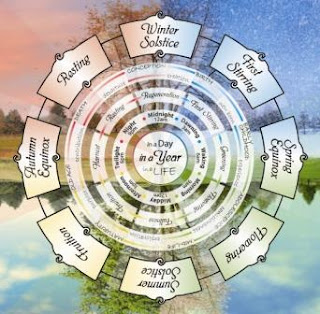 Today marks the end of one and beginnings of a new cycle in the Earth. Today is the Winter solstice the shortest day. Here in Somerset there will be special celebrations held as important sites late tonight primarily on Glastonbury Tor but also at The Chalice Well site. In our neighbouring county of Wiltshire there will be similar gatherings at Stonehenge.
The Pagan celebration of Winter Solstice (also known as Yule) is one of the oldest winter celebrations in the world.The Druids (Celtic priests) would cut the mistletoe that grew on the oak tree and give it as a blessing. Oaks were seen as sacred and the winter fruit of the mistletoe was a symbol of life in the dark winter months. It was also the Druids who began the tradition of the yule log. The Celts thought that the sun stood still for twelve days in the middle of winter and during this time a log was lit to conquer the darkness, banish evil spirits and bring luck for the coming year.
Many of these customs are still followed today. They have been incorporated into the Christian and secular celebrations of Christmas.
Yule is a time throughout time that honours love and new birth, as well as the collective unity of man. Just as Christmas celebrates the birth of Christ, Yule celebrates the birth of the Sun God - child of the Goddess in the Pagan belief system. Yule is primarily the celebration of the rebirth of the Sun. Many people associate the Winter Solstice, or winter itself with death, as it is the season in which nature is dormant, and in which many plants die off and crops are scarce. Conversely, the Winter Solstice, although it is the longest night, (boasting more than 12 hours of darkness), it is also the turning point of the year, as following this night the sun grows stronger in the sky, and the days become gradually longer once more. Thus the Winter Solstice is also a celebration of rebirth 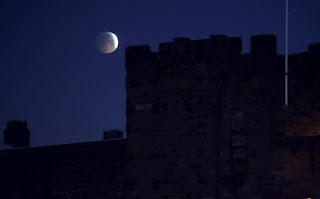 So happy Solstice to you all.

In tomorrow's blogpost there will be a special surprise guest so pop over and visit .