Storytelling Sunday - It's a jolly Jubilee.

So unless you have been hiding your head in the sand for the past few months, you will know that this week is the Diamond Jubilee of Her Majesty Queen Elizabeth II.

Now I have many memories of the two previous Jubilees and as it is storytelling Sunday, I thought I would share them with you. One is happy and one is happy/sad. Anyway, onwards to The Silver Jubilee in 1977. I was 11 1/2 and was a Girl Guide in Storrington, West Sussex. I don't remember all the details but somehow I was part of a small group of Guides who went to London one fine day to a special service in Westminster Abbey. We went up early in the day and first of all went to Madam Tussauds. I remember also getting a special badge for the Jubilee too. 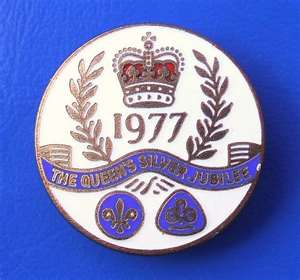 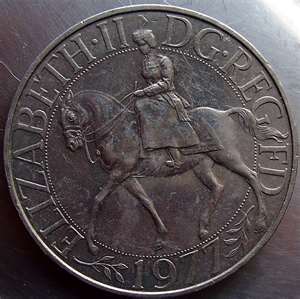 I still have my commemorative coin along with many others from events since I was born. I am waiting for the Diamond Jubilee coin and Olympic one for my collection.

Fast forward to 2002, and it was completely different story. In 2002, my dad was in Intensive Care in Taunton having had major surgery for a perforated bowel. He spent a month on a ventilator in ITU and a further month or so rehabilitating. As he was unconscious, we went everyday and my sister and I read stories to him. On the day of the big party for the Golden Jubilee, we went early to the hospital and then went home to watch the pageantry and the music in the palace gardens. My parents had been invited to a street party but only my mum was able to go. This year, they will be going to a street party in the same street together and we are going to The Great Big lunch today at my lil sis's house.

I asked my mum the other day what her memories were of the original coronation day. She said that my grandparents had bought a black and white TV especially and that all their neighbours crowded in to watch the service with them. Wells is very patriotic at the moment. There are Union Jacks and bunting everywhere and our Swans are gradually being introduced to the streets. 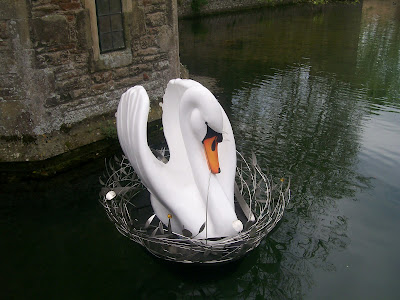 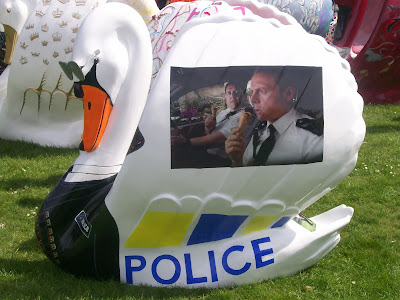 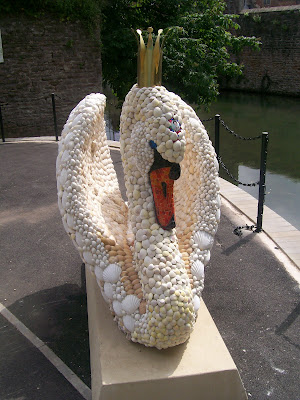 These are all decorated by different local artists and will be sold for charity in September.  We also had the Olympic Torch come through Wells last week and Glastonbury Tor will be one of the beacons lit to celebrate the Queen's Jubilee this weekend. 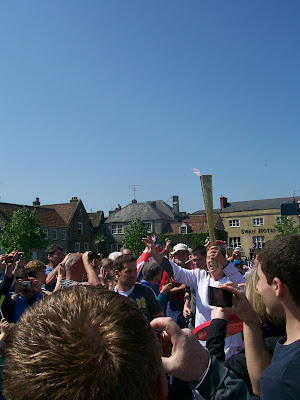 So have a wonderful Jubilee whatever you have planned.

Just so you are up-to-date, I am sad to say that poor Holly had to be put down 2 weeks ago
Posted by JO SOWERBY at 15:58