Welcome to the first part of my reading challenge for 2013 with Goodreads. During January I completed 2 books and am currently reading my third. I set myself a challenge this year to read 50 books over the year so I am a bit behind, but that's ok. I will speed up again I am sure. So here are the books I have read:


The English Monster by Lloyd Shepherd. 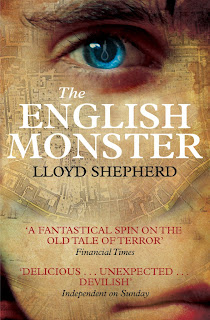 This is what I would call part historical nove, part supernatural/crime story. It is set in and around Wapping, an area of London I used to frequent when I was a student nurse. Well if I'm honest I used to frequent The Prospect of Whitby a pub in Wapping. Anyway I digress. I do love a good crime novel and this did not disappoint. It begins with the murder of a family in Wapping in the 19th century and the investigation by the local ''law enforcement'' team. The police were not founded until a later date and so the River services and magistrates undertake the investigations. This story is also linked into the life of a young seafarer who is going to seek his fortune during Elizabethan times. How and why the two stories intertwine is the central tenet of the tale. I really loved the way the stories developed, the historical story and the characters the author developed and would highly recommend this book. 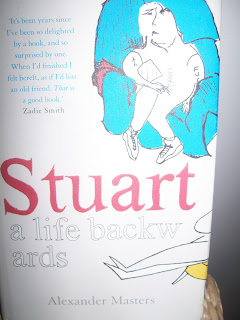 This second choice was made because I saw the story dramatised on the BBC several years ago starring Benedict Cumberbatch and Tom Hardy. They are 2 of our highly talented actors. It is also based in and around Cambridge, a city I lived and worked in for 2 1/2 years. This is the true story of a man named Stuart who has lived on the streets of Cambridge for much of his adult life, and his relationship with the author who comes to write his life story after meeting him whilst working in a homeless hostel in Cambridge. The two ''heroes'' form an unlikely friendship and develop a respect for each other despite their social differences. Stuart's character is challenging, witty and painful to read. He is certainly a man I recognise in many of the individuals I have met during my professional career. I volunteered at a homeless centre in Aldgate East as a student and also met many homeless individuals whilst working on the wards. The story is well-written, Stuart's story is told with great humour but it is not afraid to face the complexities of his life or character. The fate of Stuart is known from the word go however, the story is written in such a way that you hope he will not succumb to his fate. 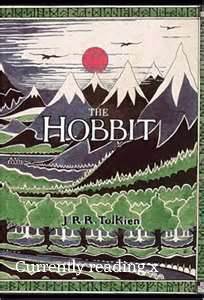 The book I am currently reading. I have had this on my bookshelf for ages and after reading The Lord of the Rings and as the film is out I thought I'd better get started. So far I'm about 50 pages in and enjoying it. So hopefully, by the end of the month I will have a review ready for you.

So I would love to know what you are all reading?