Happy Sunday to you all and welcome to another monthly post called Storytelling Sunday in association with Sian of High in the Sky fame. As always this year, I am picking a precious and what's more precious than that fluffy creature I call Willow. 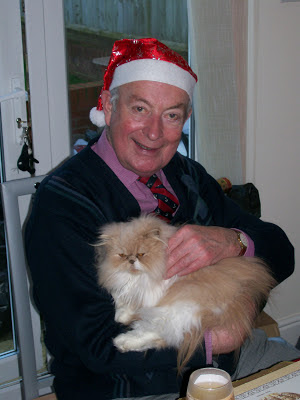 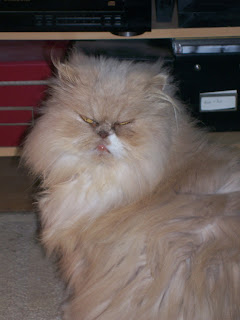 Anyway this year she is seven, not very old but she's had an eventful life. Let me go back seven years and tell you about Lotty. Lotty was the first cat I had along with Holly. We all lived very happily togehter in Southampton until one day while we were enjoying the sunshine her back legs seemed to go paralysed. Off we went to the vets and sadly I had to make that awful choice to have her put down. It truly was one of the worst days. 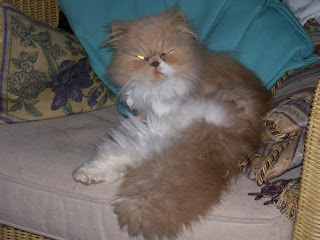 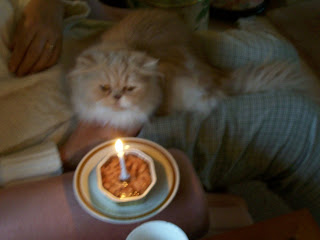 Flash forward almost a year and I am reading the local free paper and an advert comes up for Persian kittens as a majorly reduce price. I had always wanted one so made some enquiries. To cut what could be a really long story short, Willow and her siblings were all 7 months old as the people who were meant to take them home kept changing their minds, so I found my self one evening going to visit the breeder and the kittens and choosing Willow to come live with myself and Holly. 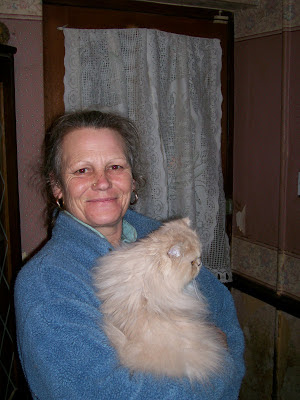 Willow and her breeder the day she came home. 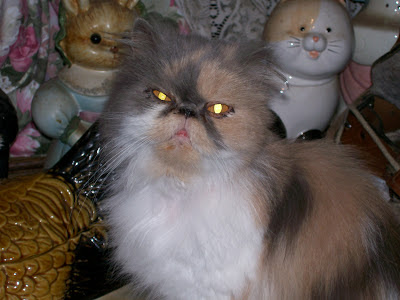 this is Willow's mummy Poppy.

Holly was standoffish to begin with but Willow has never been afraid of a challenge and off she went to beguile Holly into loving her, which in the end she did. Willow should have no brain apparently Persians don't and when I got her there were rules I was meant to follow like don't let her out! Well Willow I'm afraid had other ideas in fact she is one of the most outdoor cats I've known. She loves nothing better than chasing butterflies, playing in the dirt, collecting twigs in her tail and running through fields. 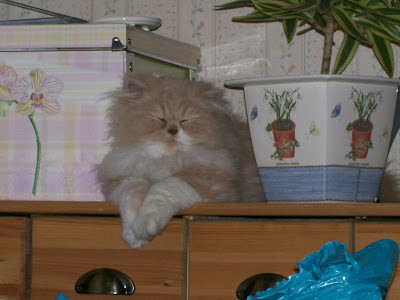 She has had her fair share of mishaps. There was the time she climbed a tree across the road from our house in Southampton and got stuck. The RSPCA wanted to leave her there for 2 days but a very handsome prince shimmied up the tree to rescue her. There was the incident with the badger/fox where she had half her face gouged out and needs stitched several times, got a bone infection and nearly lost her eye followed swiftly by the hernia incident. 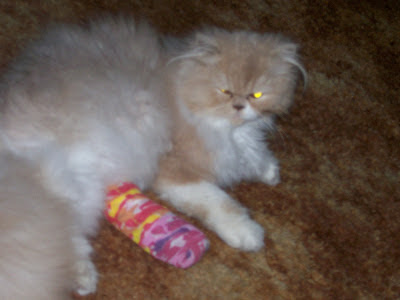 
But all in all she is precious to not just me. My dad is her no 1 fan, she has 2 marmalade cat boyfriends, their owner jokes they'd have beautiful kittens who were balls of ginger fluff. The children round her love her as do my neighbours. She is so cheeky she goes into my friend's houses without so much as a by your leave. 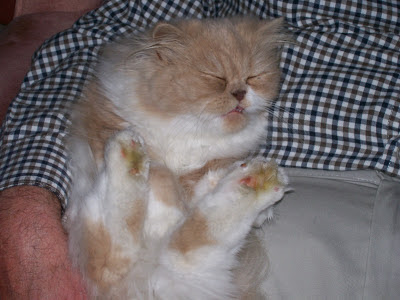 At the end of the day she is precious to so many people, I think that means she's a hit.