My month in numbers ~ November x


Whew hasn't this month gone by fast? No, well I must be on another time zone then.

Time you say did I mention is was the 50th anniversary of Dr Who this month? I didn't? Shame on me and it was and here to prove it is a story. I have been watching Dr Who for as long as I can remember starting with Jon Pertwee and the first story I clearly remember was ''The Green Death'' with these giant maggots down a mine and green slime everywhere. Delightful. I was never a hide behind the sofa kind of girl, although my sister was and apparently still gets scared on occasion. I was always there cheering on The Dr and booing for the baddies. It was a family thing on a Saturday evening to watch around teatime and although I left it all behind when it got a little silly in the 80s I have been a bonafide stalwart again since the resurgence of Christopher Eccleston. 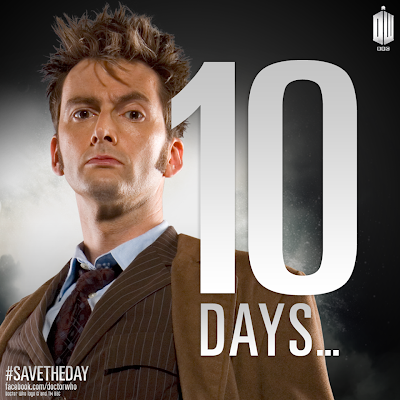 It all got very exciting with sneaky peeks and countdown cards but culminated with the epic story last Saturday and it really was worth the wait too. 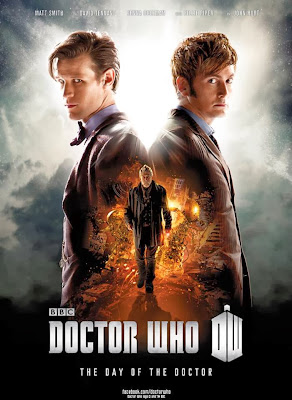 Earlier in the month, we had one of these in the family 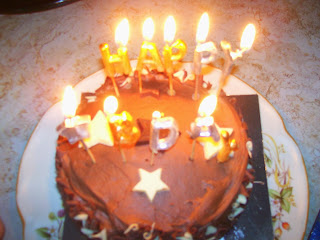 My dad made the amazing age of 75, yep he is that age. I cannot believe it myself. Instead of making him blow out 75 candles, which quite frankly would ave been a little tough for even me, we got him some numbered sparklers which you don't even have to blow out. Aren't we kind? A fab day was had by the Aged P, Great Expectations if you want to know and he knows I call him that, and he also got a rather bottle of his fave beverage from his brother-in-law so win-win I reckon. 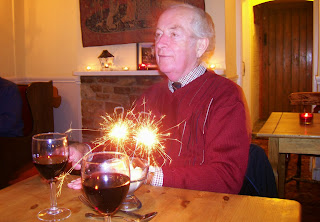 In other numerical FAQS, I passed the first module of my European computer driving licences and stunningly got 100%. I have never gotten full marks for a test ever so go me. Next test is for Powerpoint.

I read the target of my Goodreads challenge too this month. I had set myself to read 50 books in 12 months and I have just surpassed it. I am so pleased because usually when I get ill, I lose the ability to read but this time I kept going. I love reading so much so to lose it a bit like losing a precious part of yourself. 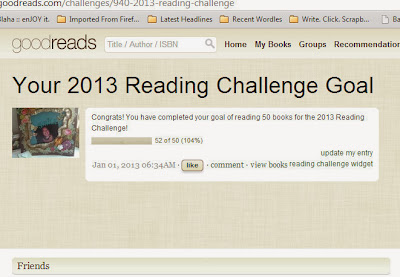 This is a screenshot but shows I've actually reached 52. I may manage a couple more so I hope to have read say 55 in total for the year, ready for the 2014 challenge.

Health wise, I have had 7 appointments this month which included 1 blood test, 2 GP appointments, 2 CPN appointments and 3 therapy sessions to assess my query Borderline personality disorder thingy. The blood test is always the worst because it takes forever to find a vein, the veins admits defeat and collapses so they have to did around in hand. Yay for not needing another one for a couple more months. It's all because Lithium rots our liver and kidneys as it's a metal. Yucky but necessary I'm afraid.


After 5 weeks and 921 miles of walking, my friend Ronnie and Elliot made it from Chicago to New York City intact and walked the final mile across the George Washington Bridge with friends and family of their own, but also with the family of Tyler Clementi who one of the inspirations for their walk and dedicating ribbons to anyone who had died as a result of bullying. 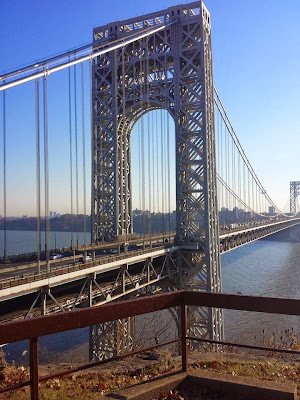 Tyler Clementi was a young man who took his own life on this bridge because he was cyberbullied for being gay. When Ronnie, Elliot and Tyler's family walked across the bridge it was the first time Tyler's family had been there since he had died. A very tough day for them. 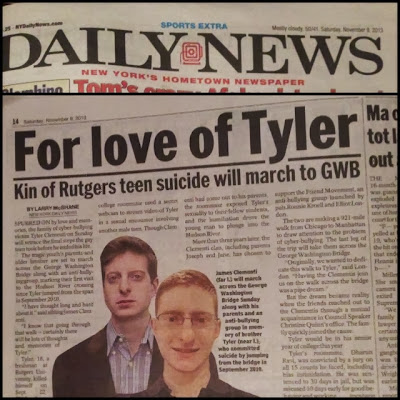 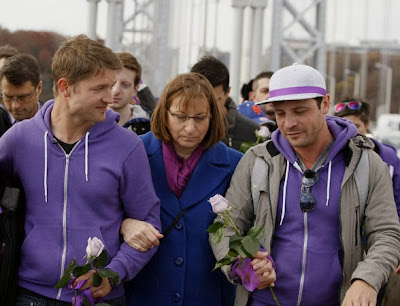 Ronnie and Elliot with Tyler's mum. 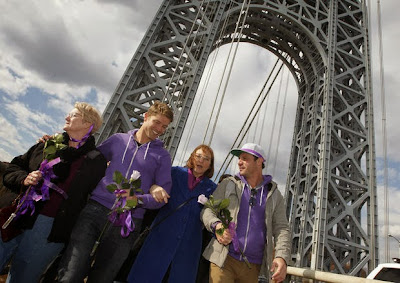 And this is Ronnie's mum Charlene, Ronnie, Tyler's mum Jane and Elliot.

I am still amazed by what the guys achieved and so grateful they are safe after their trip. Oh yes and if you want to buy trainers, Ronnie's Sketchers look incredible after walking that far. 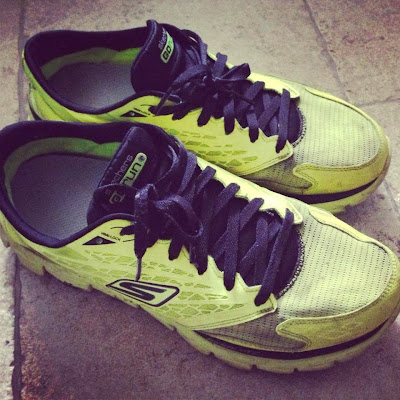 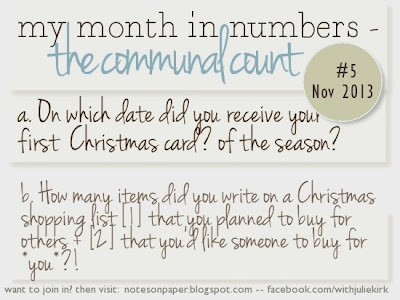 a. So far, I have received ZERO Christmas cards which is as it should be I suppose unless you live abroad perhaps, but still no cards so far.
b. I haven't made a list of shopping yet for other people but my mum wanted a list for me for Birthday/Christmas and so there were 12 items on my list. Oh yes, my birthday is on Christmas Eve hence the birthday list too. The list comprises a diary, calendar, several books and 2 old films I love ''Blithe Spirit'' which is a hilarious spooky comedy starring Rex Harrison and ''The Wicked Lady'' starring Margaret Lockwood who is very, very wicked and very beautiful I wish I looked like her and could wear her amazing gowns in this film.

Labels: my month in numbers