Have you ever wanted to visit a place so quintessentially British that you feel like you've been there before? Well, if you come with me on a sightseeing trip to Lacock Abbey and village you will. 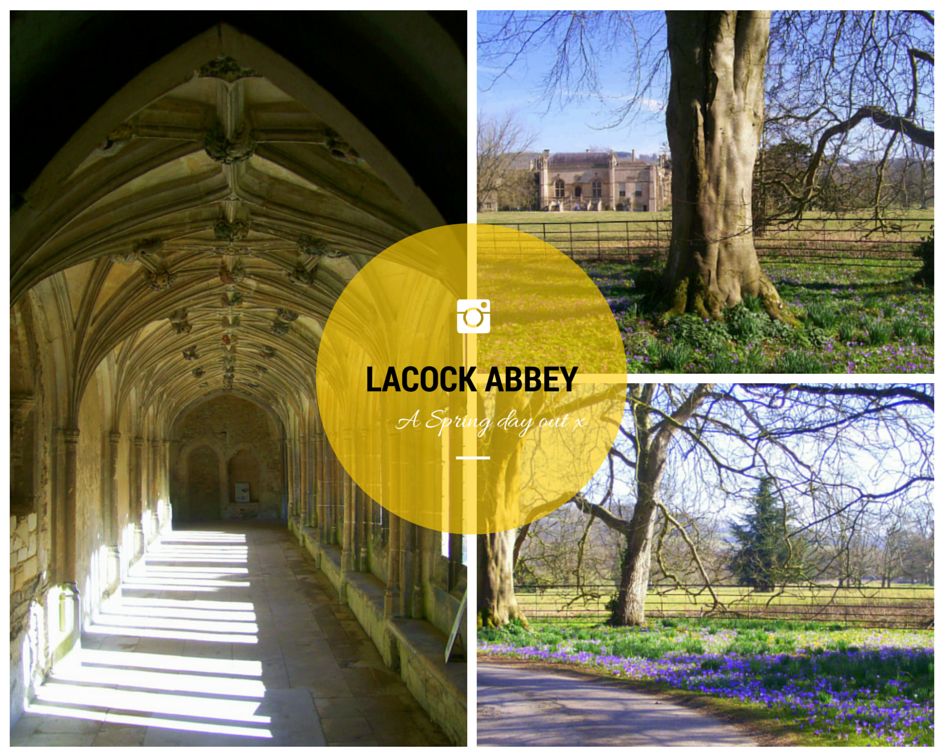 Knowing you, you have probably been here before in your imagination. The beautiful village streets with the markets laid out with fresh produce, the sounds of crinoline skirts swishing across the cobbles, dancing in the Town Hall, young scholars milling through the cloisters and oh yes is that a broomstick I see flying in the sky over there?

That is because Lacock has been used in so many amazing films and TV series, that you have been here quite often but never realised it. I know that many readers are Harry Potter fans and Jane Austen fans too so you will, I hope, enjoy this trip around a beautiful part of our heritage. 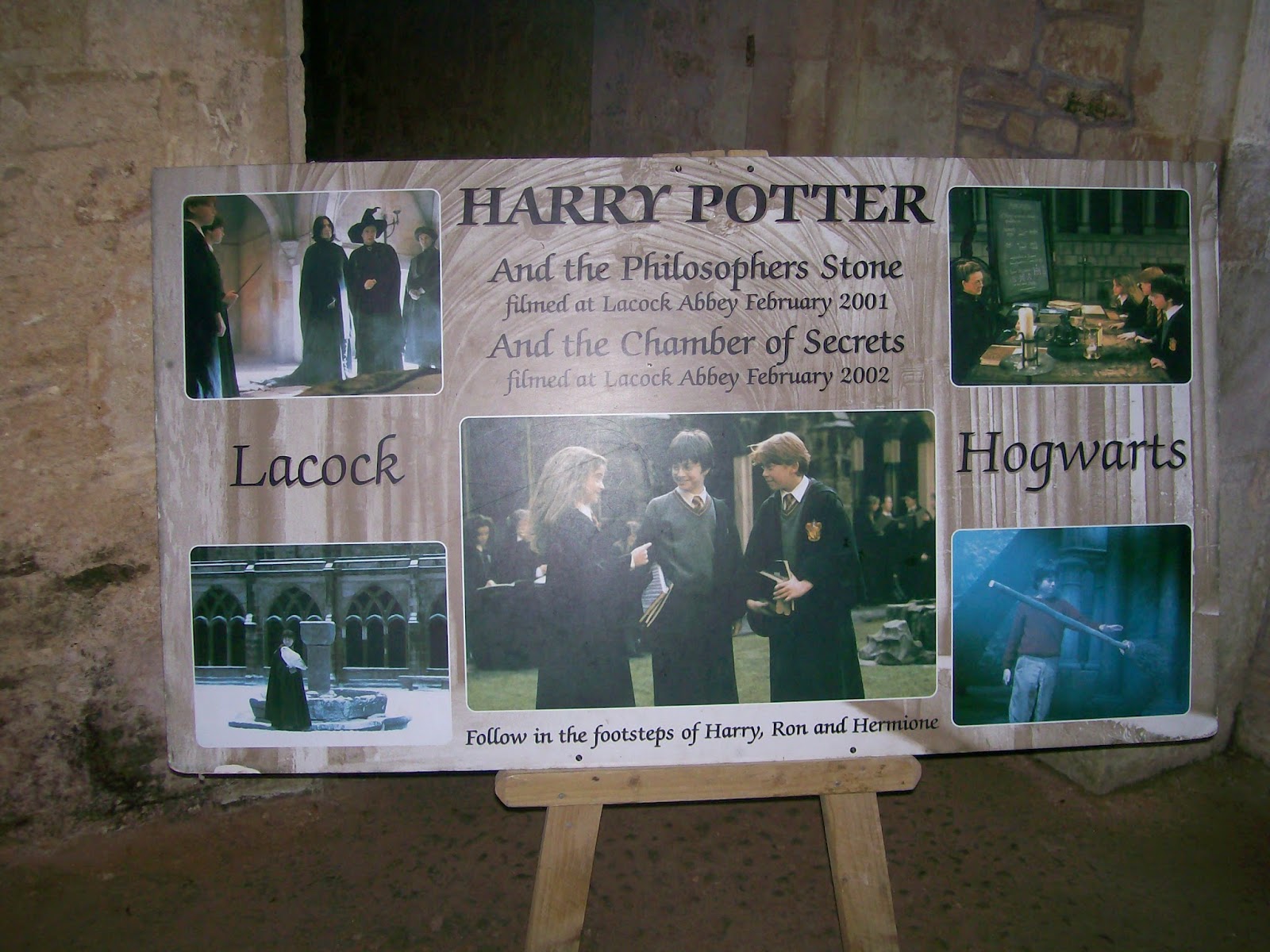 It was the perfect spring day - blue skies, sun shining, not a cloud in the sky when my friend and I set off to visit Lacock. As it's a National Trust property you know that is something special and this was a place we had wanted to visit for sometime. As this is a village and property, the car parking is off site and this makes it a wonderfully safe place to walk around.

The first view you see is the crocus walk and Lacock Abbey in the distance. The spring flowers were perfect and also included snowdrops and daffodils. The grounds also have woods, river walks and gardens so there is plenty to see.

Our first stop was the Abbey after a stroll around the grounds. The Abbey itself was a nunnery until the Dissolution of the monasteries, which if you know your Henry VIII or have watched Wolf Hall, is the destruction of the Roman Catholic monasteries and nunneries during Henry's battle to separate from Rome in order to divorce Catherine of Aragon, marry Anne Boleyn and form The Church of England. You see I do remember a bit of history from middle school. The remains of the Nunnery are beautifully maintained and they are the key areas used in Harry Potter, they even have a cauldron, although this was made in 1500 and something not brought from the studios as a prop. The Cloister ceilings are ornately decorated with carvings. 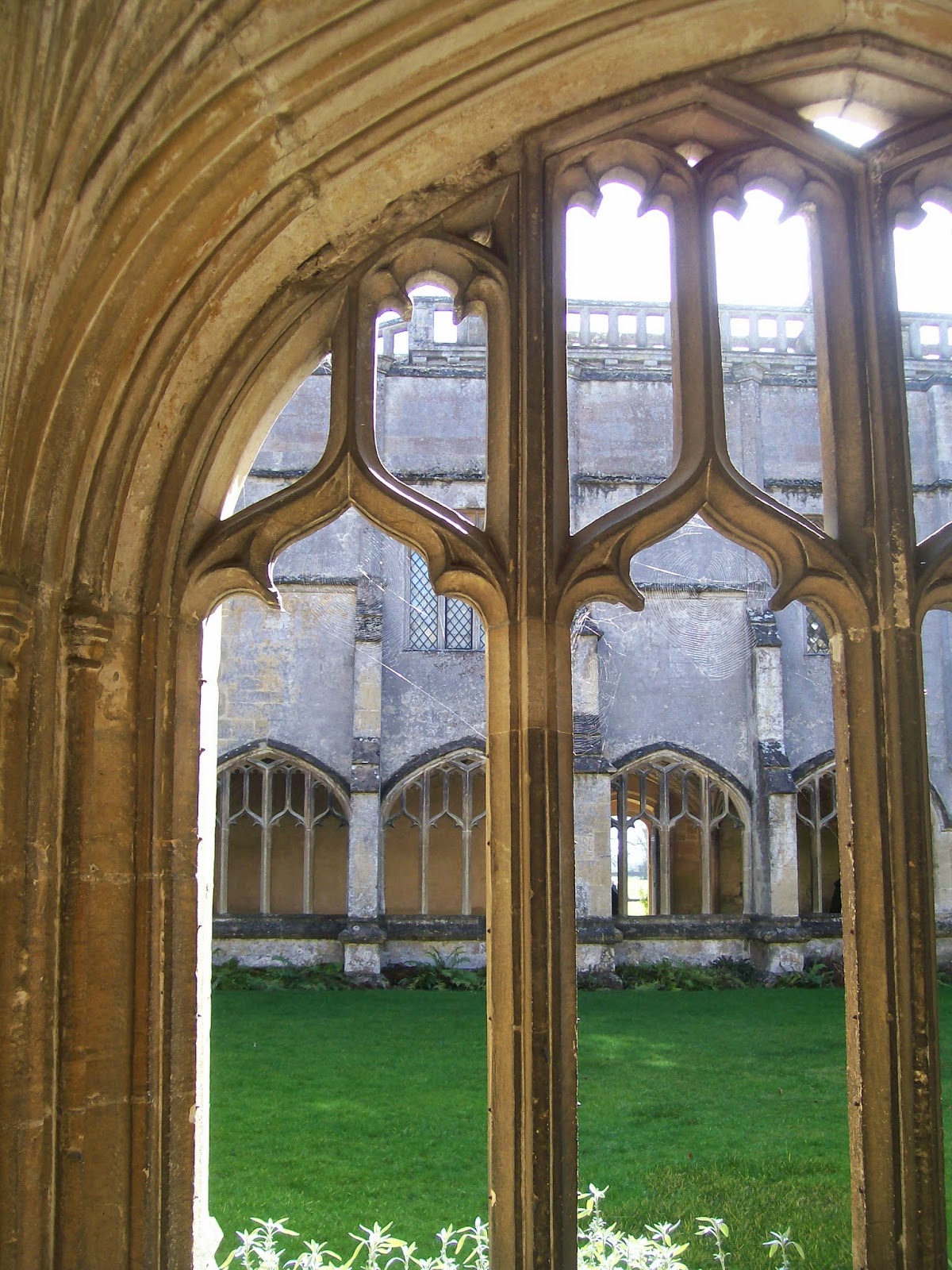 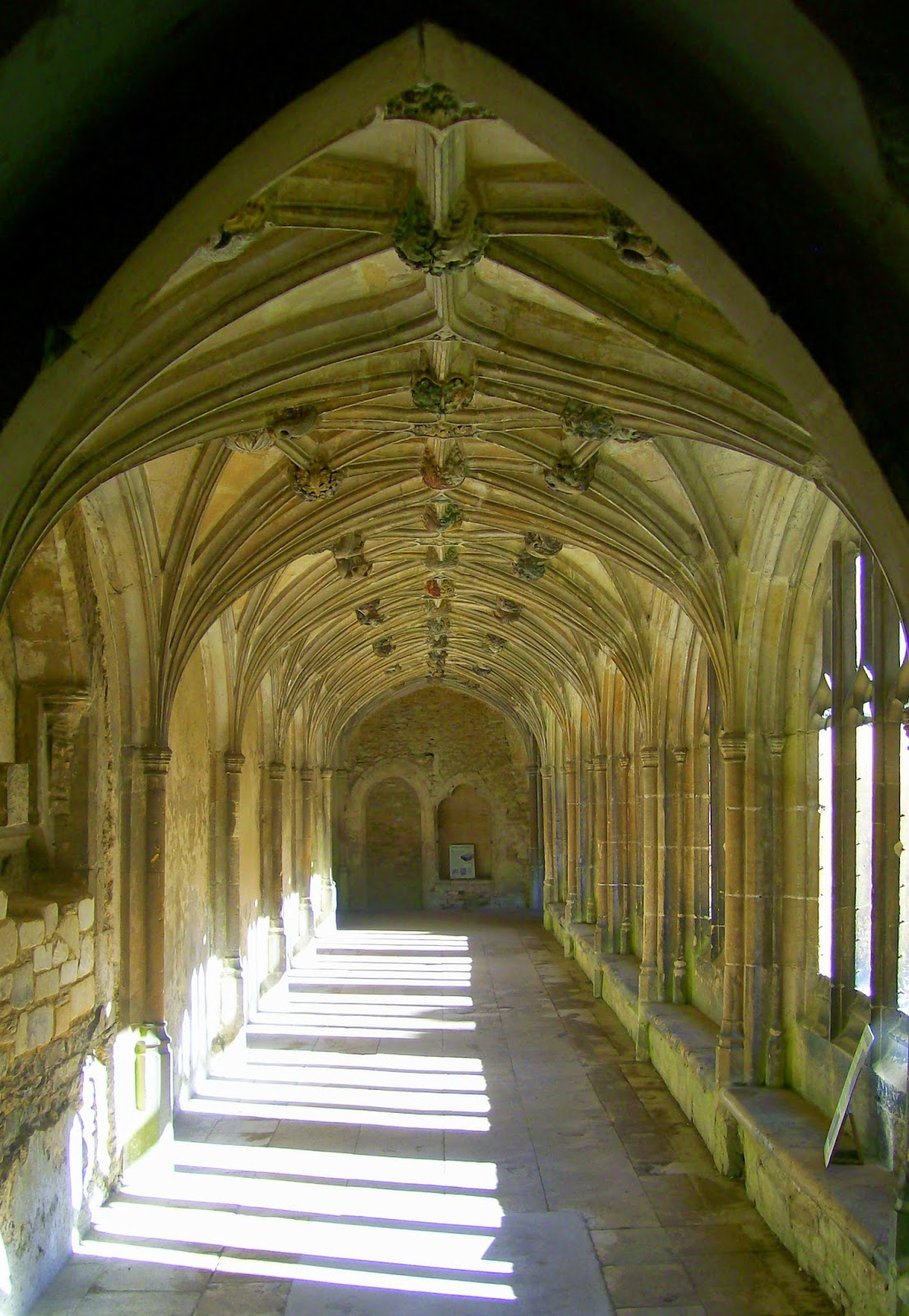 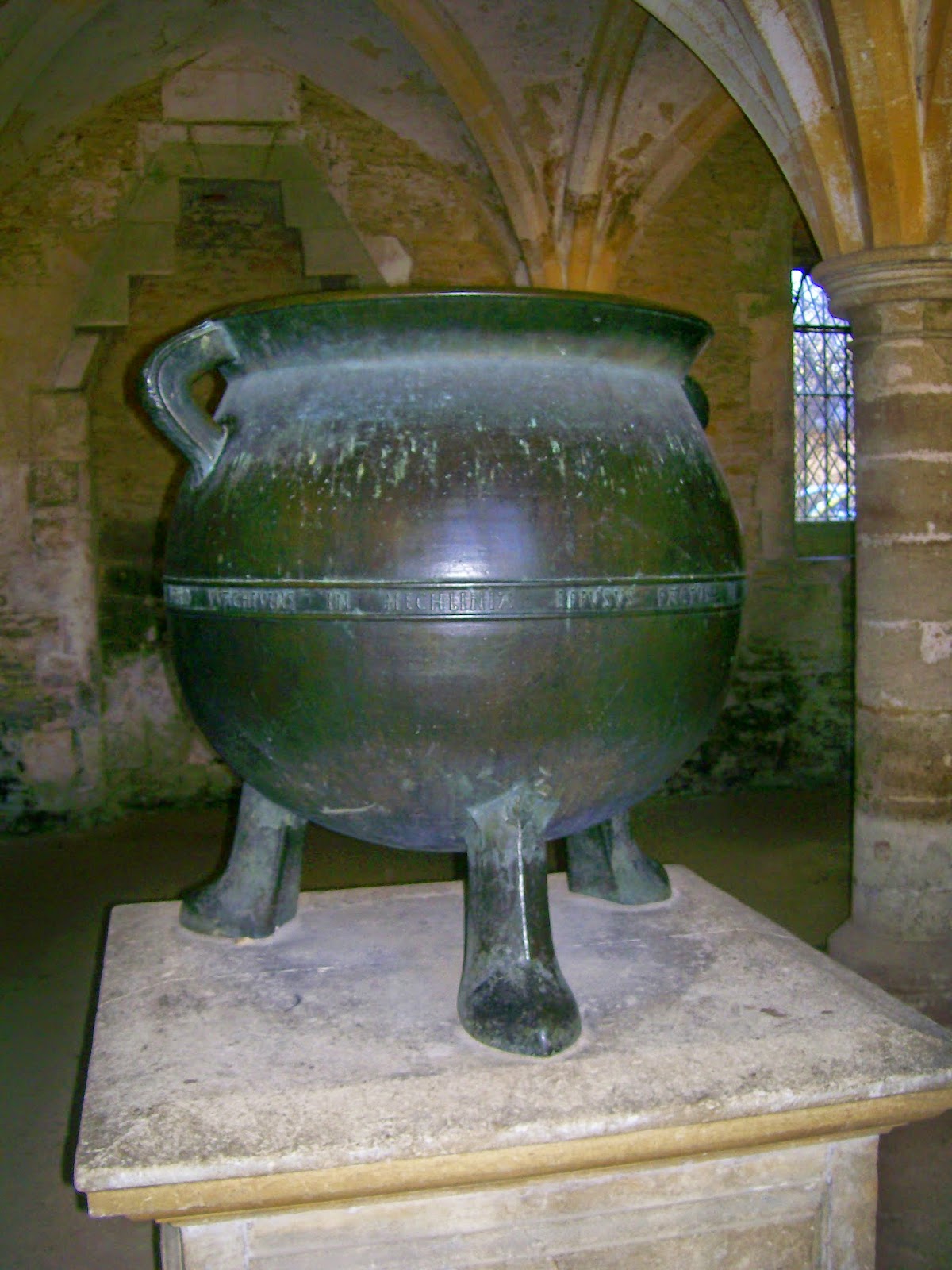 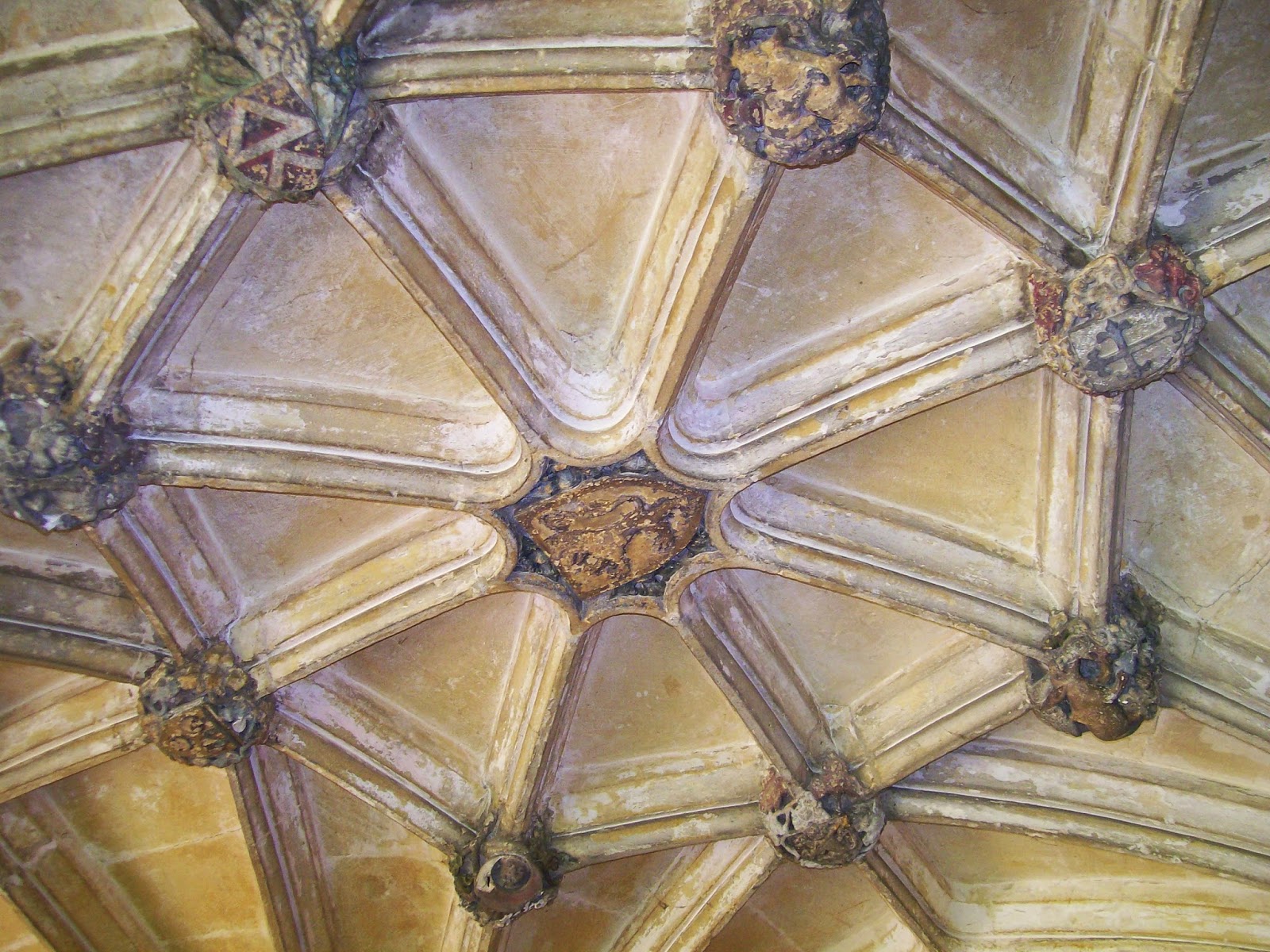 The rest of the Abbey was restored and built upon to become a family home for the Fox Talbot family, more on them in a while, and remained a family home until it was bequeathed to the National Trust in the 1900s. You can see the new building as you go around the outside as the different shapes and additions demonstrate the architecture of the times. 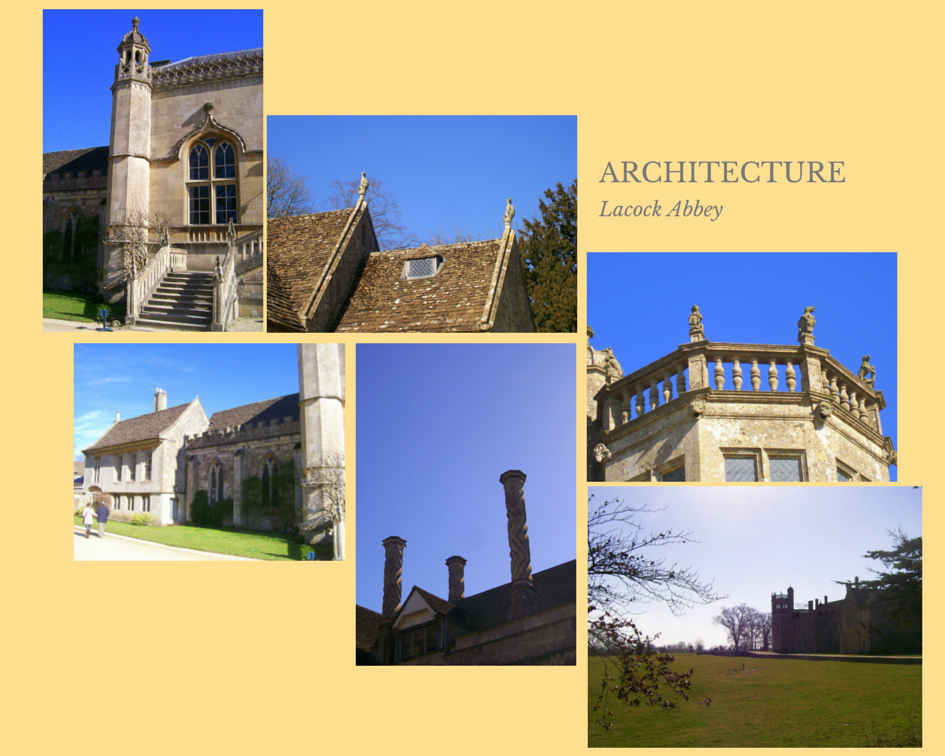 Inside the rooms are all laid out as a traditional family. We loved seeing the rooms and collections and also spent time searching out the mice and small cameras as we progressed, there were 8 in all although the wine cellar was close obviously that mouse had a hangover. 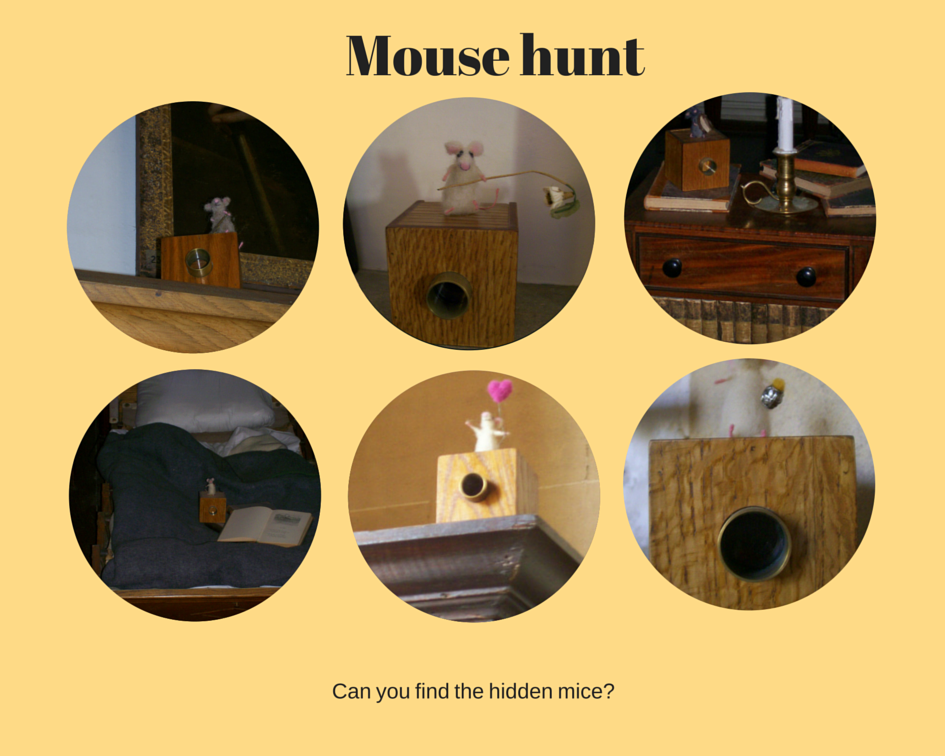 The final room of the house is embellished with figures, one of which was very much like Gandalf from Lord of the Rings, however in reality he was a traditionally attired Jewish gentleman from the times. 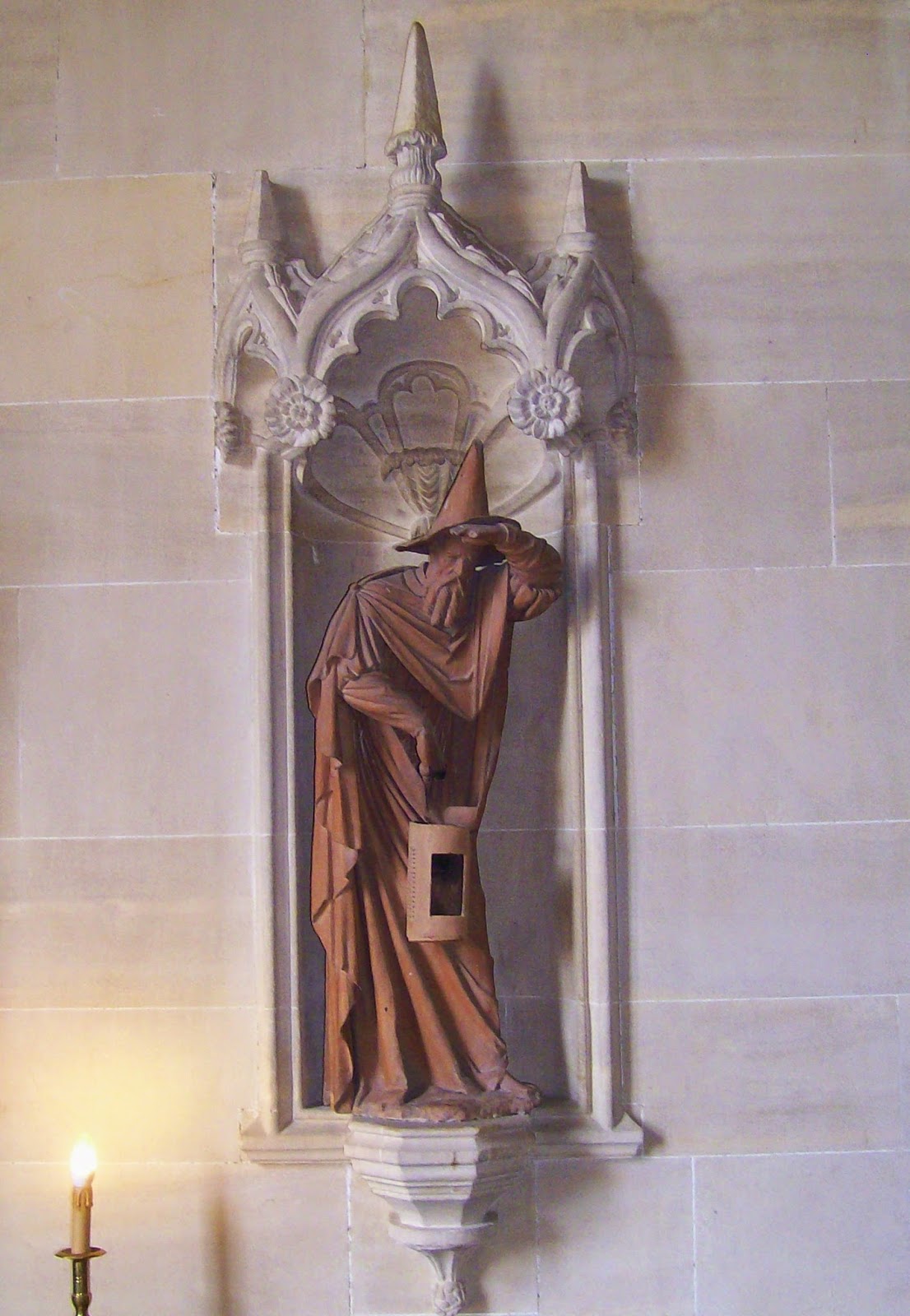 This room had the most incredible ceiling decorated with different shields and the windows had beautiful stained glass features. 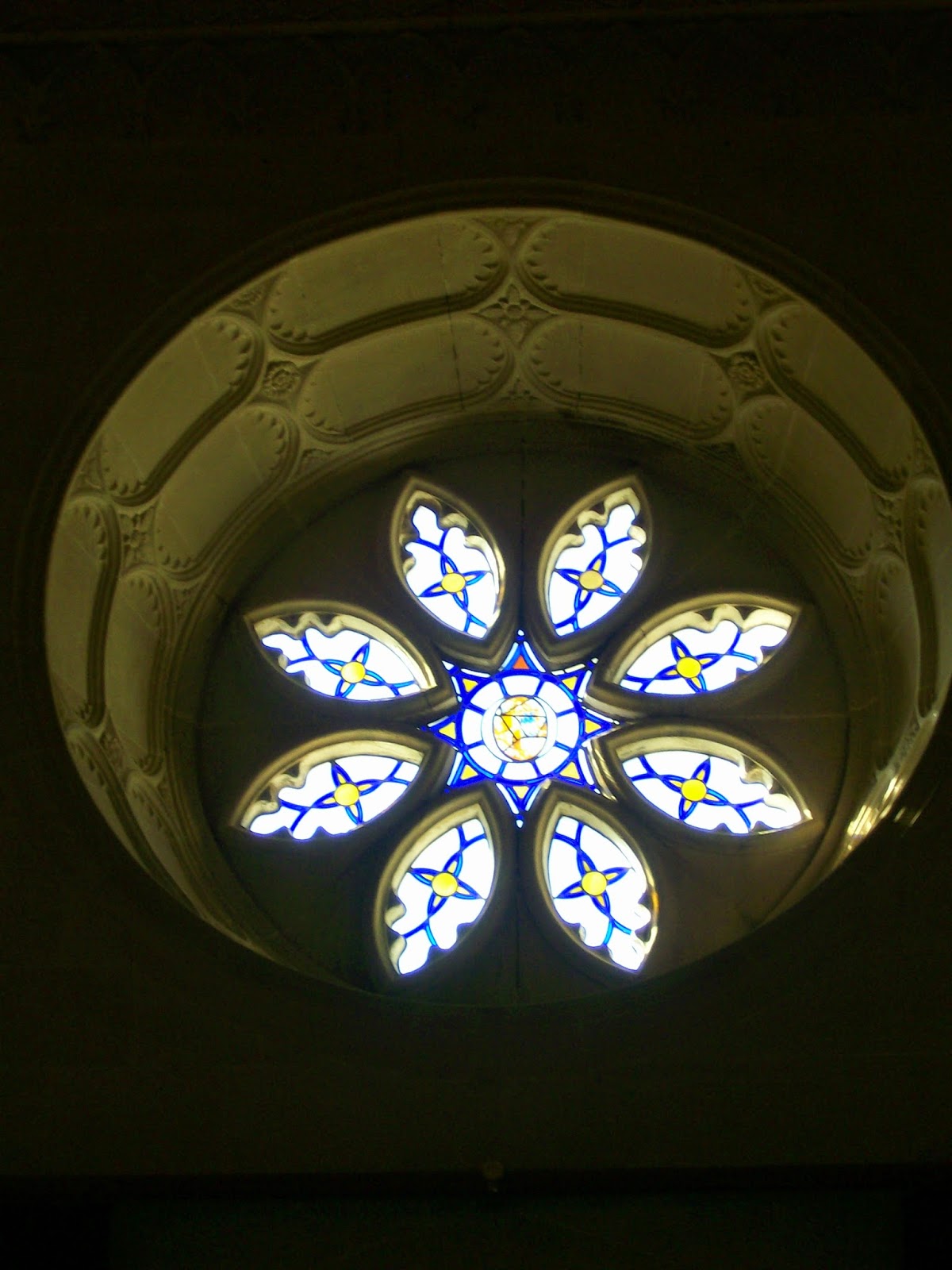 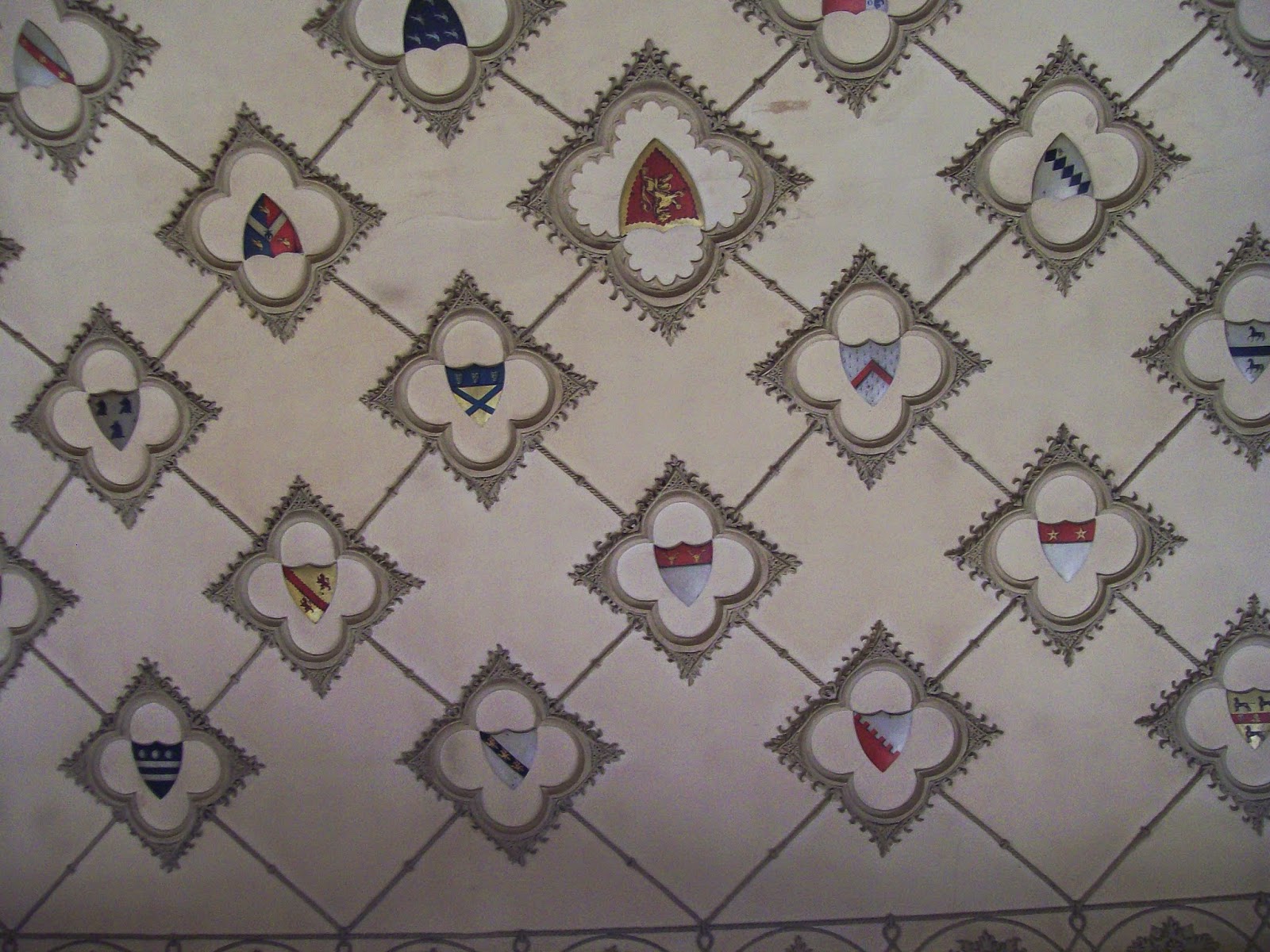 We walked around the gardens a little more before retiring to the tearooms where we partook of the tea and yummy cakes. Definitely recommend the coffee and walnut and St Clement's cakes.

We then rambled around the village which is lived in by local families. The village is small enough to stroll around and there are some individual shops to visit and the tithe barn. We wandered to the church and then to the river where we watched the children and dogs playing in the sunshine.

After a rejuvenating stroll, we finally went to the Fox Talbot museum which is attached to the visitor centre. This museum, for photographers and the interested, a look back at the history of negatives, photo development and photography itself. Fox Talbot was one of the first individuals create the first ever photographic negative in 1835. In the museum are a variety of vintage cameras and the story of Fox Talbot's findings and the development of photo processing styles to the modern day. It was interesting to learn how long it took for photographs to be processed compared to the digital picture we can now see immediately. I imagine Fox Talbot would be stunned by the significance of his discoveries and how they have moved forward in the past 100 years. This gives a bit of a brief insite into his part in photography

I would highly recommend this lovely day out. If you've got any wonderful places to visit then do let me know. Oh yes and all my collages were made in Canva and I wrote a little tutorial about how to use this great site here.

Have a lovely day.