Be a friend x

Hello everyone and welcome to a rainy Thursday here in Somerset. The weather is reflecting my mood which is low but I thought I would write this post to do something positive and I hope raise awareness of a subject very personal to me.

their names are Ronnie and Elliott. Two handsome American guys, pretty normal looking guys but underneath their cool looking exteriors beat the hearts of fighters for a cause. Because these two guys are on a mission to highlight the impact of bullying called ''Friend Movement'' and in their own words to inspire.................


people to prevent bullying by enabling them to be a better friend; providing entertaining and educational resources, cultivating global partnerships, and leveraging the latest social media technology.


To do this they are doing a number of projects, a photography campaign, a film and also developing educational support for bullying victims. If you want to read more about their campaign them pop over here

Some of you have me as a friend on facebook and Twitter and may have noticed that my photo has a purple design over it which looks like this.............. 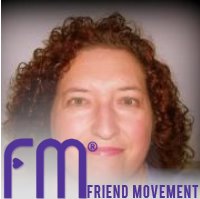 this is to help raise awareness of Friend movement  across social media feeds. I love the design, simple but effective.

So why am I getting involved? Well in a nutshell I was bullied for 6 years as a teenager and have also experienced bullying in education, work life and personal life as an adult. It is probably one of the single most demeaning acts another human being can inflict upon another and has left me with many personal hang  ups. To think that someone else is going through what I did is very distressing so if I can play a small part, I will. 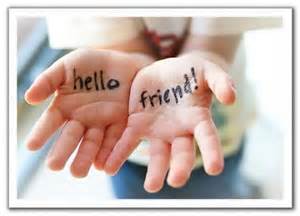 They are doing lots of social media awareness raising  including a Thunderclap in a few weeks. You can find out more about that here  It will send out a massive tweet/Facebook post about the cause on a specific date to raise awareness and show solidarity. It would be amazing if people I knew would be involved in just this small way.

You could also change your middle name to ''FRIEND'' on Facebook and Twitter to raise awareness. All these small things can make  a BIG difference to their campaign. If just a few of you did something, it would make a difference. That is the power of blogging.

Currently the guys are busy working hard raising awareness in New York so I hope it is going well over there.
Posted by JO SOWERBY at 13:16