Good morrow everyone and welcome to September's edition of Storytelling Sunday hosted by the amazing Sian from High in the Sky. Please do join in with us today and hop over to as many blogposts as you can. It'll definately be worth your while.

So today's story is actually inspired by a tweet from Shimelle Laine from a couple of weeks ago. As some of you will be aware this International woman of awesomeness recently spent 2 weeks working hard as a volunteer at the 2012 Olympics and she was lucky enough to take part in the closing ceremony. Well this is the tweet she sent out...............


Shimelle Laine ‏@glittershim
''If I could choose any pose to appear in OK magazine, I'm pretty sure it wouldn't be this one'' 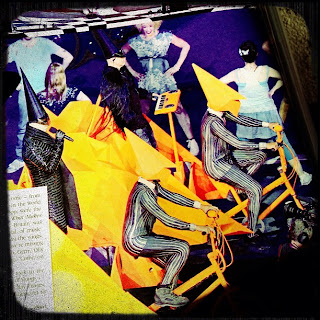 Shimelle is on the far right in blue with the butterflies in her hair
behind the cyclists carrying the Pet Shop Boys.

So This made me remember the day I became famous for 15 seconds. I was working on a Special Care Baby Unit at the time and was on night duty. Imagine my surprise when I got a phone call from my friend PJ. The conversation went something like this:

Ok penny drops and I suddenly realise what she's talking about. We had recently been caring for quintuplets, that's five babies in one pregnancy, and we on the ward had been invited to the christening. During the celebrations of these miraculous babies, there was a rather professional photographer running around and four of us from the ward along with the mum had had our photograph taken holding a baby each. So off I go to buy the magazine and yes there I am in my pink Laura Ashley dress and jacket holding one of the babies. 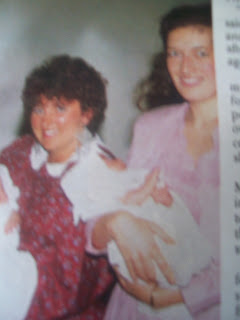 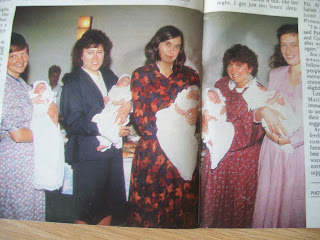 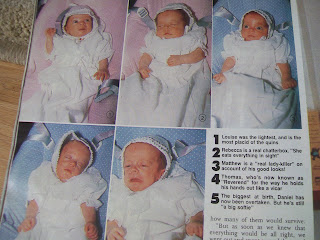 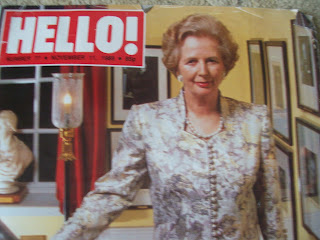 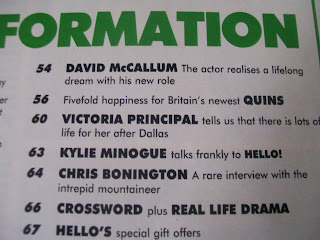 It was so exciting to have my picture in the magazine along with other ''real'' celebrities. Those quintuplets are now in their twenties and have been featured in other magazine articles over the years. As part of this story, I became intrigued as to what might have happened to my former charges and googled them. Imagine my excitement to find pictures of them now looking amazing and achieving incredible things. I am sooooooo pleased and thankful for the joy of social networking and being able to speak directly to at least one of them on Twitter/Facebook.  I have been having chats Thomas who has been telling all about his exploits. He has several health problems but has not let that prevent him enjoying a full life and spending time working hard to raise money for others. He runs several events raising money for Scope which is a charity specifically for individuals with cerebral palsy, which is a condition which effects many ex-premature babies I have cared for. Anyway, he very kindly allowed me to use a photo of the guys as they are now............. 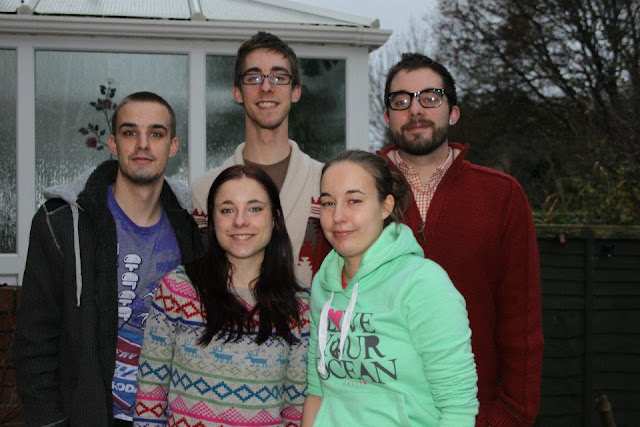 Thomas is in the back row on the right wearing the blue t-shirt, Daniel is in the middle, Matt on the far right, and front row are Rebecca and Louise. Aren't they handsome/beautiful.

So that's my story for this Sunday. It has allowed me the opportunity to tell you a fabulous tale with an even more fabulous ending don't you think? Please go and visit the other bloggers taking part and enjoy your day.