Onwards and upwards: go up, up, up x

For this challenge Jennifer suggested using a stepped or upwards moving layout so this is what I came up with. 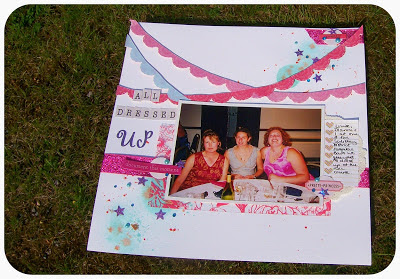 For this layout even the title involves using the word ''Up'' in it. This photo was taken many years ago when I went with friends to the Hospital ball. I loved the dress I wore and my friend Louise's dress is a bluey'grey so I used those colours predominantly. I found a patterned paper with doily shaped bunting and cut those out very carefully using a knife. I then put lots of pop dots on the back and put them at the top of the layout to show the upward movement and make it look like a decorated ceiling at a party. I had already used some mists to make blue and red splashes on the cardstock and I added some star shaped sequins as confetti and some little blue gems. 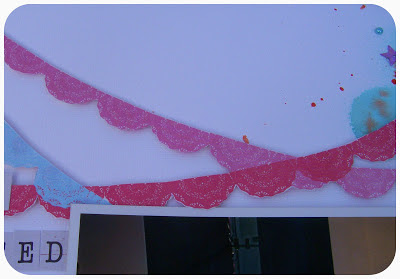 I also found a glittery pink ribbon which I used across the lower portion of the page and as an element block at the top righthand corner. 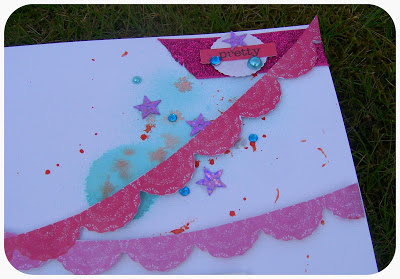