So if you've been in hiding or hibernating, you may have missed the fact it was a Solar eclipse today. I remember exactly where I was and what I was doing on the day in 1999 when the last eclipse occurred. I was a special care baby nurse in Salisbury and I took pictures of all the babies on our ward that day so somewhere out there are a load of 16 year old with faded Polaroid prints of them from that day courtesy of me. 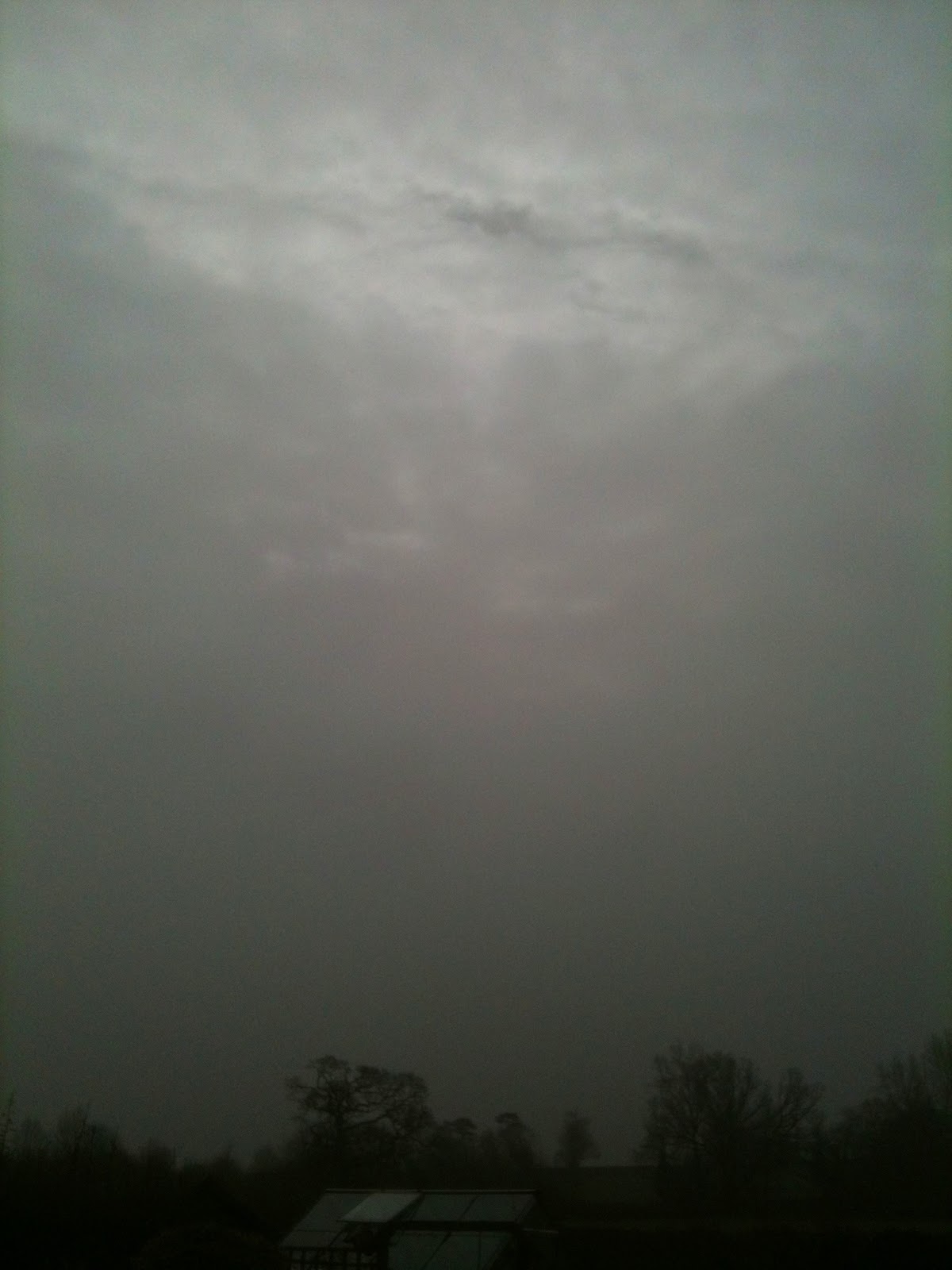 Despite, these thoughts, I drove to my parents as planned and we discussed the lack of sun at the breakfast table:

Me - well what a shambles

The Mother - What a shame


Anyway, I felt spurred on to give it a try anyway and after about half an hour there was a chink in the clouds and the sun shone through and kept doing that for a while. Me and The Mother played around with a colander and white paper to see if we could get an image of anything which led to much hilarity:

Me - no mum that's the colander

I love my mother, she's a hoot. She did pose for this picture when we actually saw the eclipse which made me laugh again. 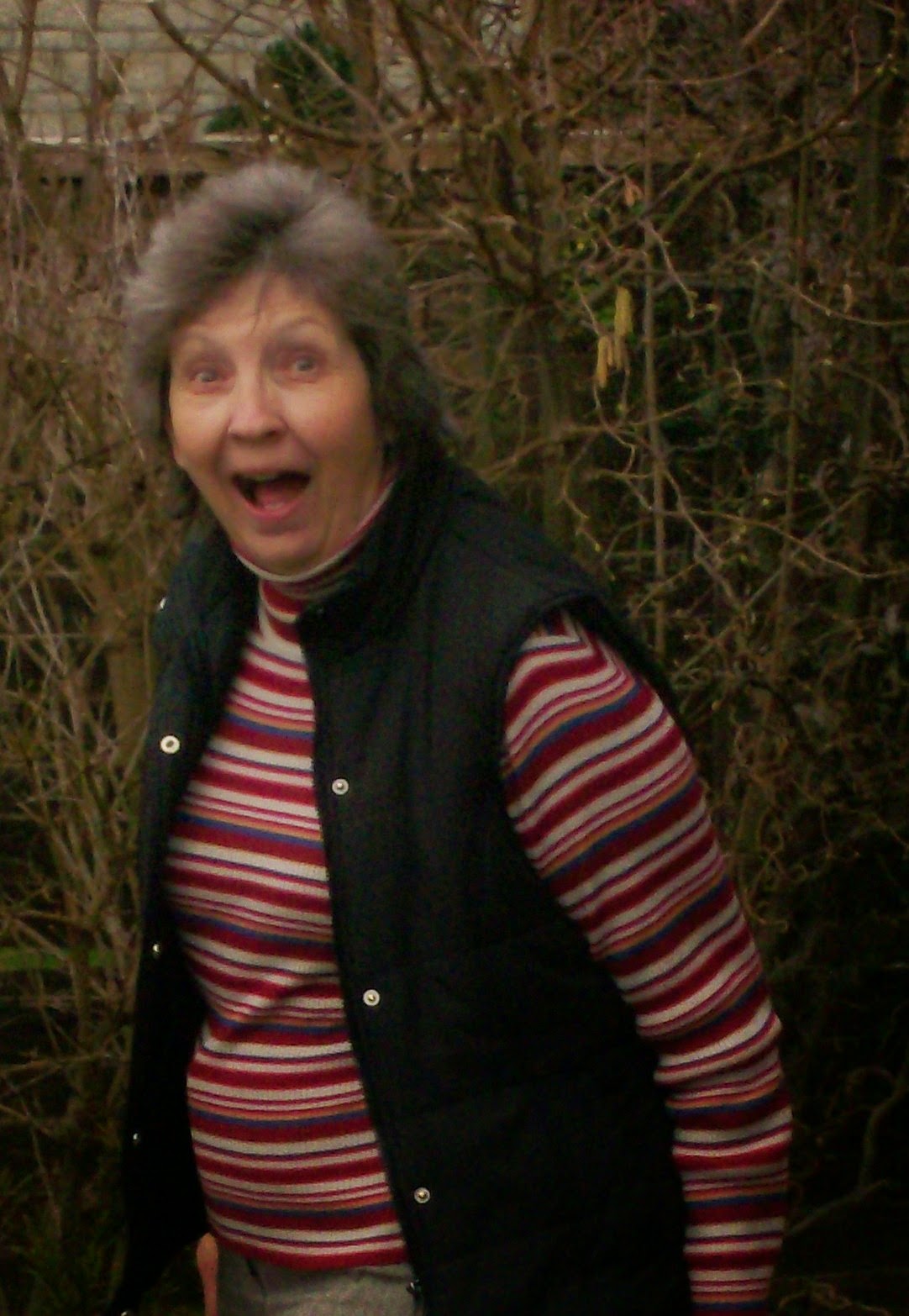 At this point in the proceedings The Father was doing his best impression of Victor Meldrew in the lounge and refusing all attempts at us getting to come and look.

Anyway, after much running in and out, playing with the camera screen whilst not looking the sun itself and trying different angles and devises, the window was a good one but none of the photos show what we could see which was so clear, I eventually got these. 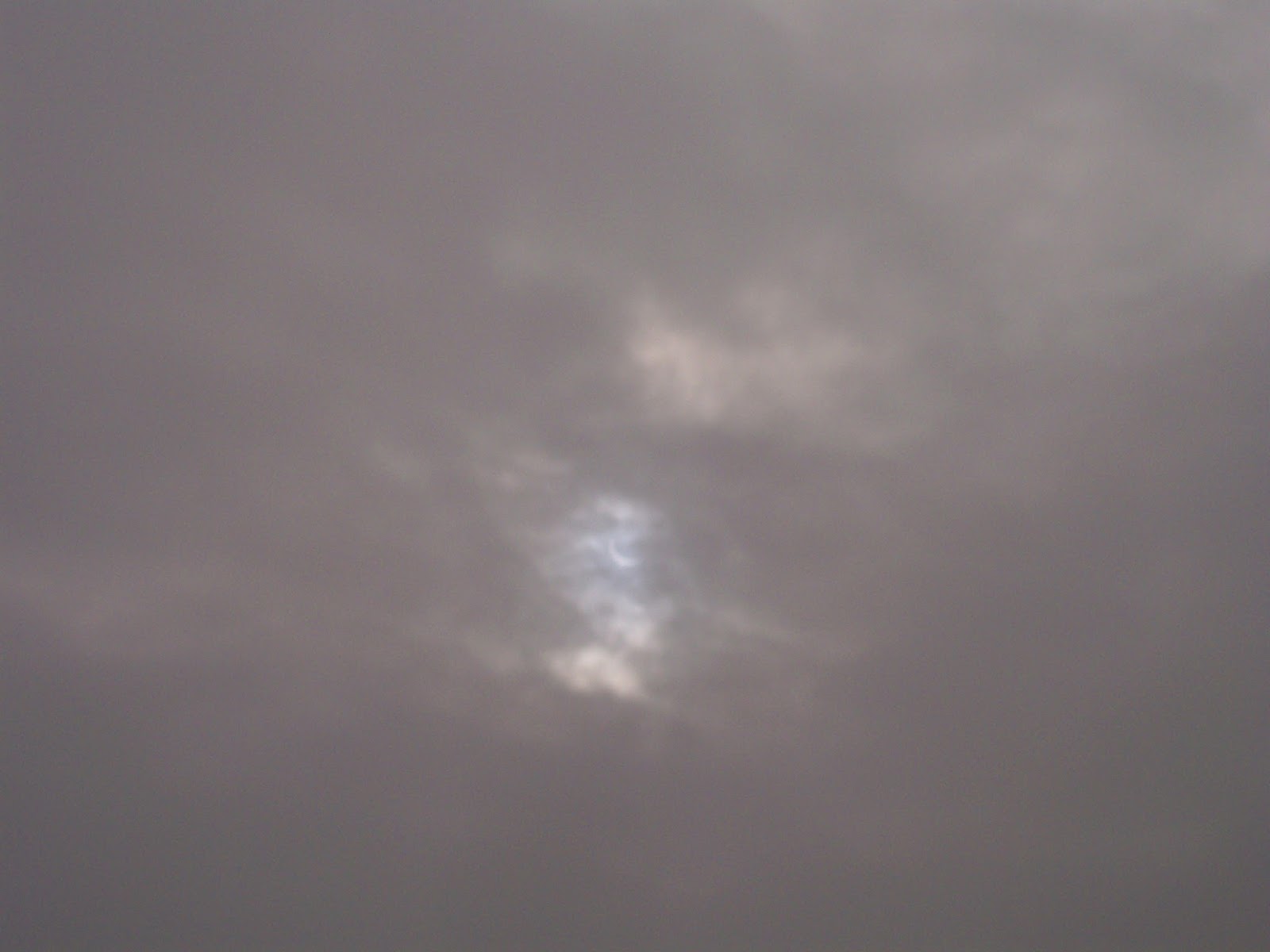 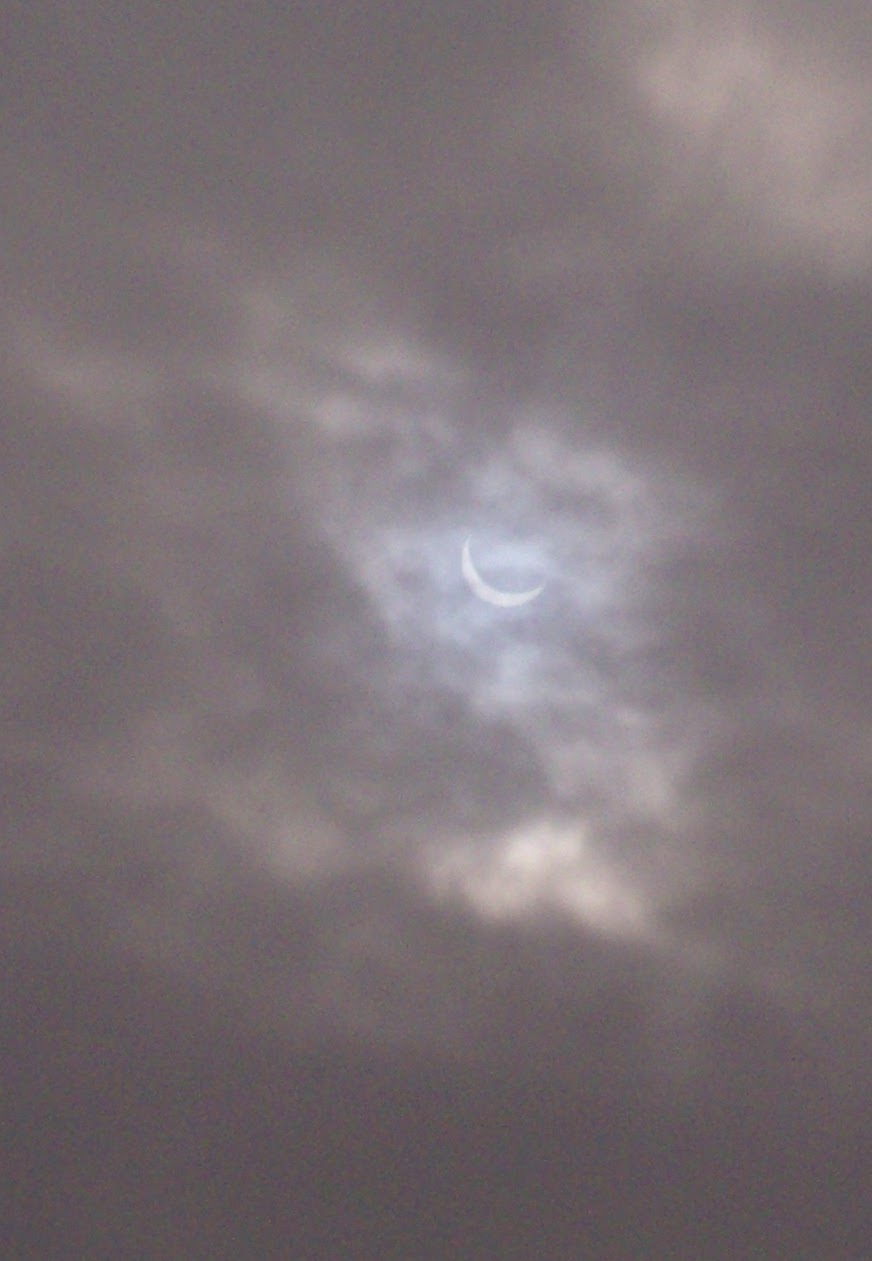 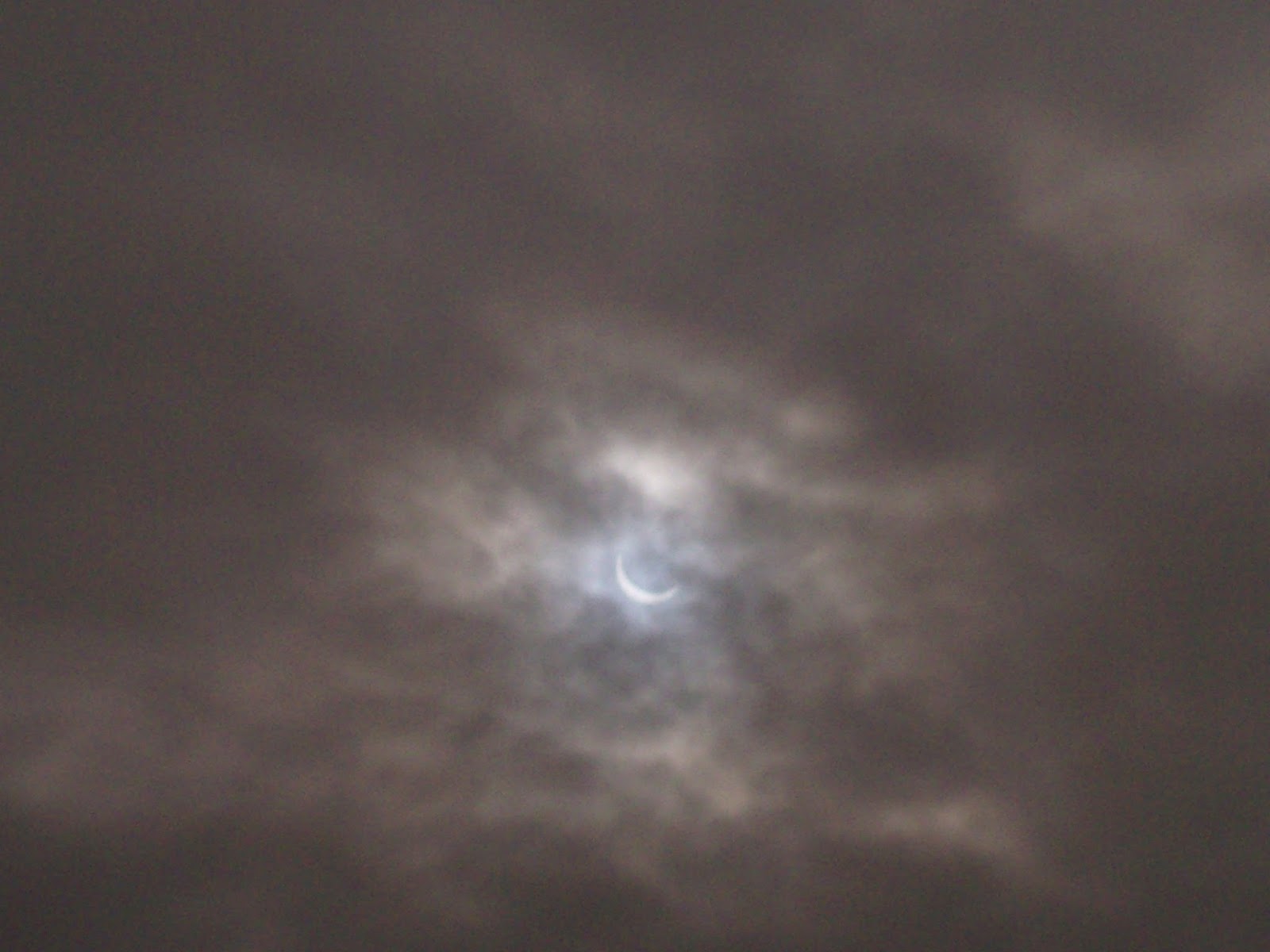 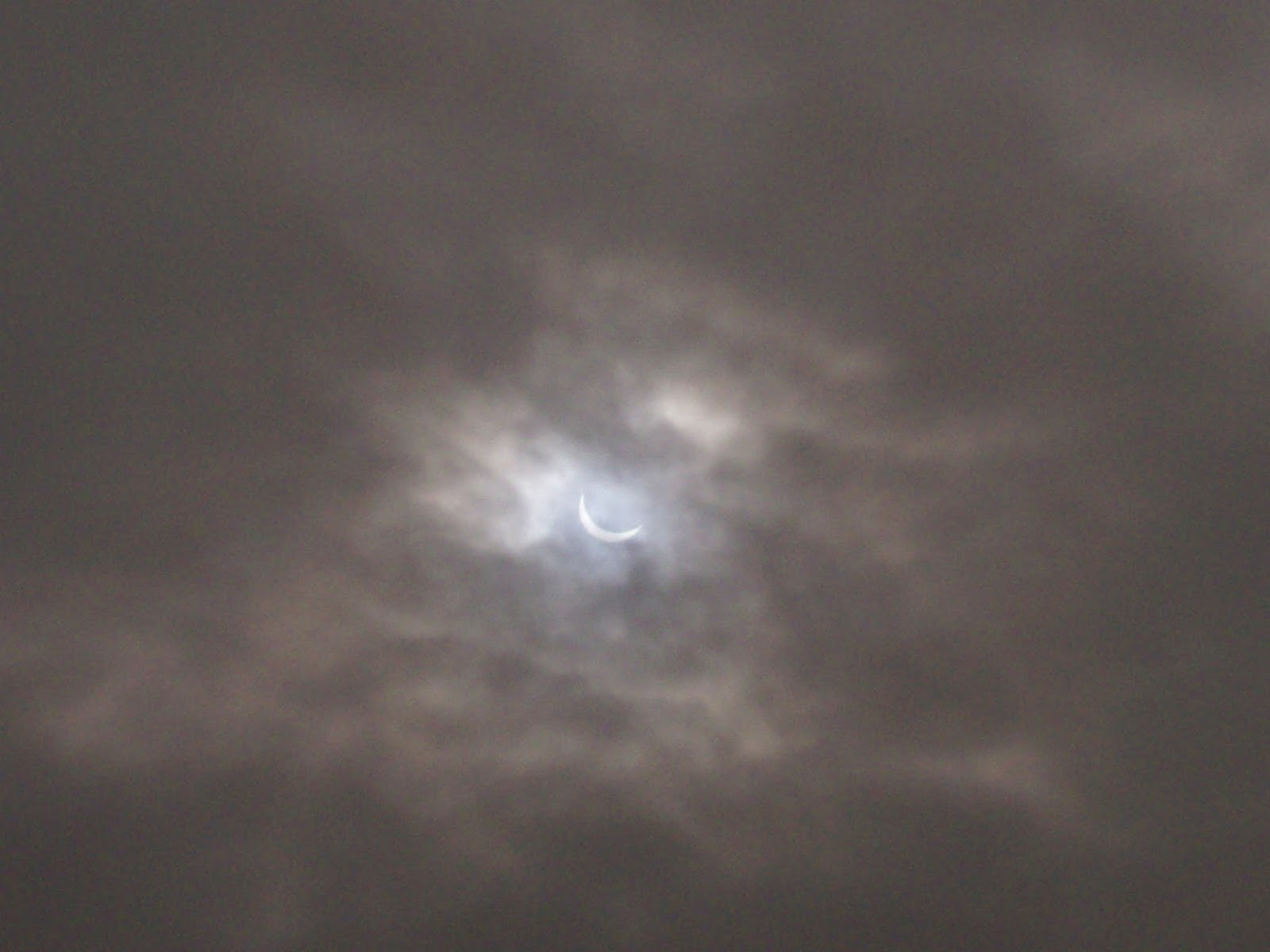 When I got the pictures into Picasa I had to really add in the shadows to see the images clearly, if that helps anyone else.

It certainly got dark and really cold and the birds went quiet, but it wasn't quite the same as last time when there was complete silence, obviously the birds round here didn't get the memo.

I am so glad we persevered and despite The Mother standing next to me the whole time saying "Don't look at it, I mean really don't look" it was all over and we had a nice cup of tea.


I hope you managed to see some of the eclipse. What did you think? Did you have clouds or bright sunshine?