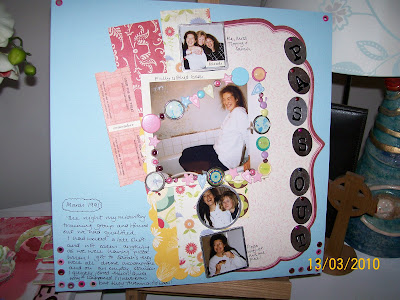 .................here is my first LO for Shimelle's new class. This lesson is about using your old stash, well in my case it is. So it is all things metal! I found an old box full of stuff I have never used made of metal and I always have loads of brads and eyelets so this is very heavy on those things,.......and is heavy to carry too. Shimelle showed a LO using brads as a frame and as this main pic is awful, well the bathroom was awful, NHS accommodation never live there!, I used a load of old brads to cover it up and make it look abit prettier. Here is a closer look.............. 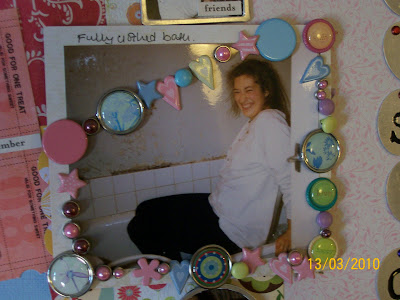 I found these in my bling box and have used about a htird of them, so not bad. I really enjoyed trying to mix and match them all. I love this pic. They took it while I was getting out of a cold bath. Why they all decided to throw me in I cant remember but it was a drunken night so that says alot!!!! 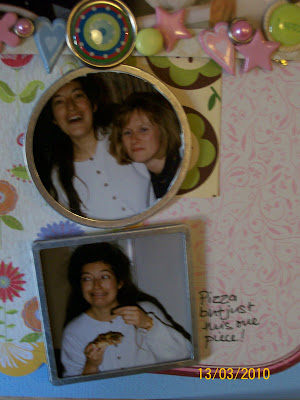 This shot shows the smaller pictures I put into little metal frames I had which had paper or vellum in. I cut out the paper/vellum with my craft knife and then stuck the frames over the pictures and cut around them when they had dried. These pictures were taken 19 years ago so are pretty awful really but funny. I had really long hair then didnt I? 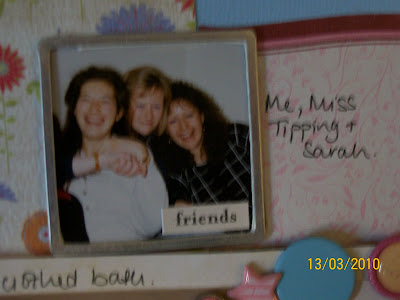 This is me with the 2 girls I was most friendly with. Sarah, the blondy, is still one of my best friends and remains a midwife. She is the lady in the wedding pics and has the gorgeous children Emma and Matthew I have scrapbooked before. 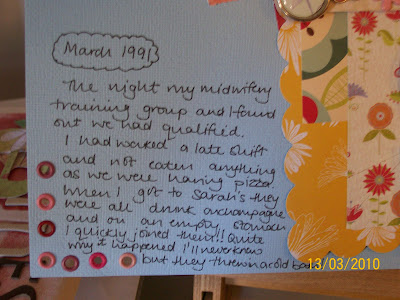 Here is the journalling I did to explain the pictures. I used some eyelets up by adding them to the corners of the LO. I quite like the effects. To finish I found some metal letters and attached those using coloured brads.